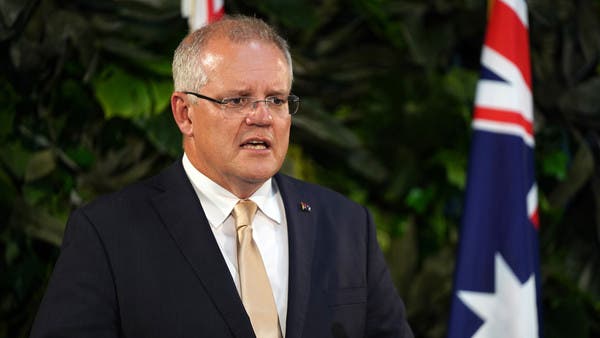 Australian Prime Minister Scott Morrison called Thursday for calm in the Solomon Islands, whose leader has spoken of a threat to “invade” the archipelago, and condemned the archipelago’s treatment “like children in a nursery”.

The Solomon Islands have raised the concerns of Australia, its traditional ally, and the United States, after it signed a security agreement with China last month. Canberra and Washington fear that the agreement will allow Beijing to establish a military presence in the archipelago, which is located two thousand kilometers from Australia.

Sogavari with an Australian Minister

Solomon Islands Prime Minister Manasseh Sogavari told parliament on Tuesday that there was “no need to worry” about the security agreement, expressing regret at the “persistent mistrust” of other countries.

Sogavary talked about the “risk of military intervention” by countries whose interests in the Solomon Islands are at risk, without naming Australia.

“In other words, we are threatened with an invasion and this is dangerous,” the prime minister said. “We are treated like children in a nursery walking around with Colts 45 in their hands, so they should be monitored,” he added. “We feel insulted,” he added.

“We have to be calm and moderate in dealing with these issues,” Scott Morrison told Australian reporters Thursday.

He emphasized that his government treats her “family” on an equal footing in the Pacific, but said he remains concerned about the “secret arrangements” between the Solomon Islands and China.

Sogavary explained that the signing of the agreement with Beijing took place, because the peacekeeping forces sent by Australia and other countries in the Pacific proved during the riots in the archipelago in November 2021, that they were unable to protect the Chinese embassy and the Chinese community in the Solomon Islands.