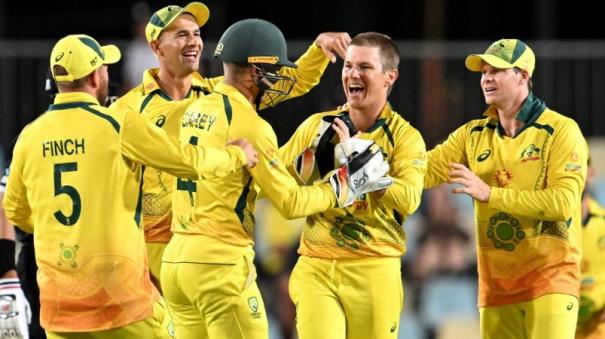 Cairns: Australia won the series by 113 runs in the 2nd ODI against New Zealand.

The New Zealand cricket team is touring Australia. The 2nd ODI match between the two teams was played in Cairns yesterday. Batting first, the Australian team scored 195 runs for the loss of 9 wickets in 50 overs. Steve Smith’s top score was 61 off 94 balls with a six and 5 fours.

Mitchell Starc 38, Glenn Maxwell 25, Jos Hazlewood 23, Adam Zamba 16, Alex Carey scored 12 runs. At one stage, the Australian team was struggling with the loss of 5 wickets for 54 runs. In that situation, the Australian team was able to reach 195 runs as Steve Smith played calmly along with the backfield players. On behalf of the New Zealand team, Trent Boult took 4 wickets and Matt Henry took 3 wickets.

Australia won by 113 runs to clinch the 3-match ODI series 2-0. Australia won the first match by 2 wickets. The last match will be played tomorrow (Sunday).