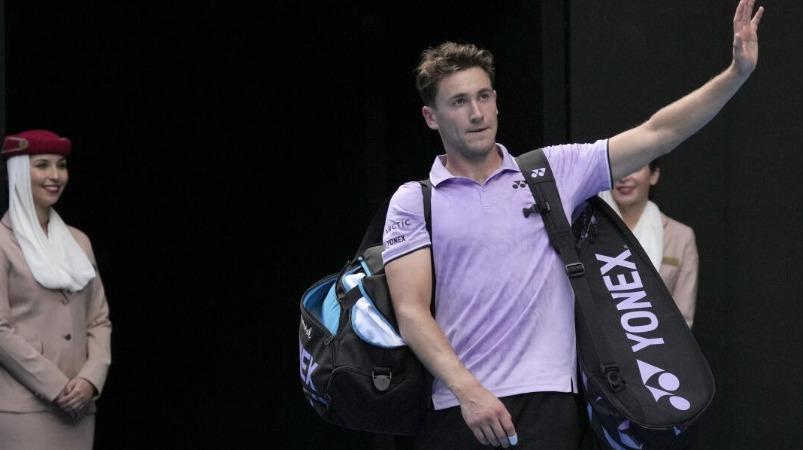 Melbourne: World No. 3 Casper Ruud of Norway has made a 2nd round exit in men’s singles at the Australian Open.

World No. 3 and tournament No. 2 Kasper Ruud of Norway took on 48th-ranked Jenson Brooksby of the United States in the men’s singles second round of the tournament in Melbourne, Australia.

Eighth seed Taylor Fritz of the United States 7-6 (7-4), 6-7 (2-7), 4-6, 7-6 (8-6), 2-6 in 4 hours 2 minutes. He fell to struggling qualifier Alexey Paprin of Australia. Similarly, 12th seeded Alexander Zverev of Germany and 23rd seeded Diego Schwartzman of Argentina were eliminated from the series after losing their 2nd round matches.

With the top players losing and exiting, all eyes are now on Serbia’s Novak Djokovic. Djokovic advanced to the third round with a 6-1, 6-7 (5-7), 6-2, 6-0 win over second-round qualifier Enzo Quackade of France.

In the second round of the women’s singles, fifth seed Sabalenka of Belarus took on 53rd seed Shelby Rogers of the United States. Sabalenka won in straight sets 6-3, 6-1 and advanced to the 3rd round. 4th seed Caroline Garcia of France defeated Canada’s Leila Fernandez 7-6 (7-5), 7-5 and 30th seed Karolina Pliskova of the Czech Republic defeated Yulia Putintseva of Kazakhstan 6-0, 7-5 in straight sets.

Sania Jodi Win: India’s Sania Mirza and Kazakhstan’s Ana Danielina played against American Bernarda Pera and Hungary’s Dalma Kalfi in the first round of the women’s doubles category. In this match which was held for one hour and 15 minutes, Sania Jodi won in straight sets 6-2, 7-5 and advanced to the 2nd round.