Australian Open Tennis | Nadal advanced to the 2nd round 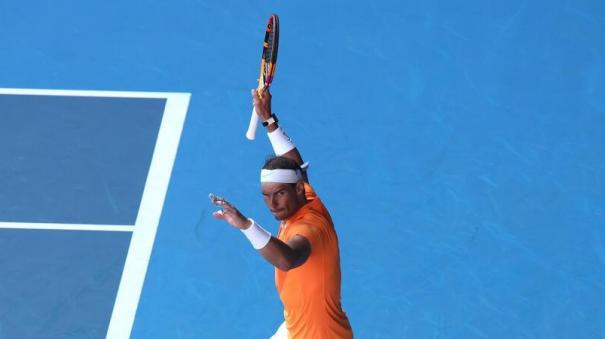 Melbourne: Spain’s Rafael Nadal, the top seed in the Australian Open tennis series, advanced to the 2nd round.

In the first round of the women’s singles, third seed Jessica Pegula of the United States defeated Romania’s Jacqueline Christian 6-0, 6-1 and sixth seed Maria Zachary of Greece defeated China’s 119th seed 6-1, 6-4. They also defeated Yuen Yi and entered the 2nd round.

Seventh-seeded Cory Goff of the United States defeated Kateryna Siniakova of the Czech Republic 6-1, 6-4, 13th-seeded Danielle Collins of the United States defeated Russia’s Ana Kalinskaya 7-5, 5-7, 6-4, and 17- Second seed Jelena Ostapenko of Latvia defeated Diana Yastremska of Ukraine in straight sets 6-4, 6-2. 15th seed Petra Vitova of the Czech Republic advanced to the second round with a 7-6 (7-3), 6-2 win over Alison van Uytwang of Belgium.