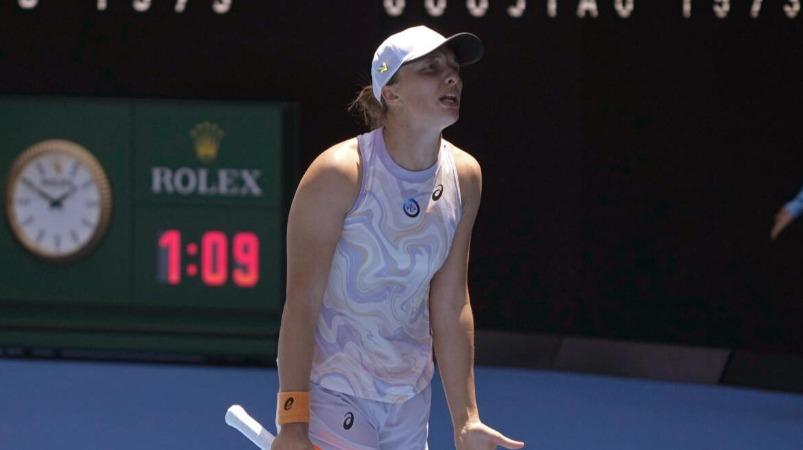 In the women’s singles round 4 in Melbourne, Australia, top seed and last year’s French Open and US Open winner Ika Swiadek of Poland played against 22nd ranked Elena Rybakina of Kazakhstan. Wimbledon champion Rybakina defeated Zviadek in straight sets 6-4, 6-4 to advance to the quarter-finals in a match that lasted about one hour and 29 minutes.

This is the first time since 1968 that the top two seeded players in the men’s and women’s singles have been eliminated before the quarterfinals in the Open Era Grand Slam tournaments. This time, in the men’s category, Rafael Nadal and Casper Ruud were defeated in the opening stage and left. In the women’s category, the 2nd seed Anse Jabour of Tunisia also lost in the 2nd round.

In another women’s singles match, 7th seed Coco Gough of the United States lost to 17th seed Jelena Ostapenko of Latvia in straight sets 5-7, 3-6. Meanwhile, the third-seeded player Jessica Pegula of the United States defeated the 20th-seeded Bar Borakrajkova of the Czech Republic 7-5, 6-2 to advance to the quarter-finals.

Czech Republic’s Jiri Lehka stunned sixth seed Felix Agar Aliaziz of Canada 4-6, 6-3, 7-6 (7/2), 7-6 (7/3) in the fourth round of the men’s singles. . Jiri Lehka, who exited in the first round in all the 4 Grand Slam series held last year, this time has attracted everyone’s attention by defeating the 6th seed and entering the quarter-finals.

India’s Sania Mirza and Kazakhstan’s Ana Danilina played against Belgium’s Alison van Uytvanck and Ukraine’s Anhelina Kalinina in the second round of the women’s doubles. In this match which was held for 2 hours and 1 minutes, Sania pair lost with the score of 4-6, 6-4, 2-6.