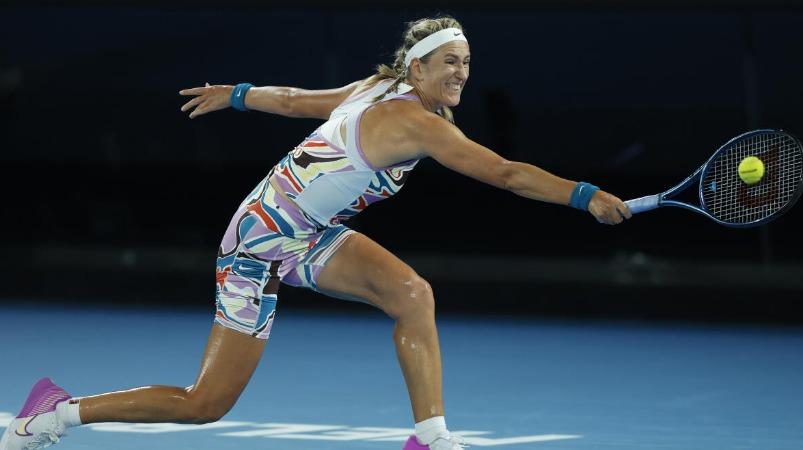 The Australian Open, the first Grand Slam of the year, is being held in Melbourne, Australia. On the 9th day of the series, the 18th-ranked Karen Kachanov of Russia played against the 29th-ranked American Sebastian Gorda in a quarter-final match in the men’s singles category yesterday.

While Karen Kachanov was leading 7-6 (7-5), 6-3, 3-0, Sebastian Korda injured his right elbow. After that, he withdrew from the game. Karen Kachanov was thus declared the winner. In the other quarter-final, third-seeded Stephanos Tsitsipas of Greece advanced to the semi-finals with a 6-3, 7-6 (7-2), 6-4 win over 71st-seeded Jiri Lehka of the Czech Republic.

In the women’s singles quarter-finals, 22nd-seeded Elena Rybakina of Kazakhstan took on 17th-seeded Jelena Ostapenko of Latvia. In this match that lasted one hour and 19 minutes, Rybakina won in straight sets 6-2, 6-4 and advanced to the semi-finals.

Rybakina will face 24th seed Victoria Azarenko of Belarus in the semi-finals. Asaranga defeated third seed Jessica Pegula of the United States in straight sets 6-4, 6-1 in the quarter-finals. The match was completed in one hour and 37 minutes.

Sania Jodi Progress: India’s Sania Mirza and Roganbopanna will face Latvia’s Jelena Ostapenko and Spain’s David Vega Hernandez in the mixed doubles quarter-finals. But the couple called it quits at the last moment. Due to this, Sania Mirza and Rogan Bopanna advanced to the semi-finals.

In the semifinals, Sania Mirza and Rogan Bonna will face Desiree Krawczyk of America and Neil Skupski of England. Desiree Krawczyk and Neal Skupski defeated Taylor Townsend of the United States and Jamie Murray of England in the quarter-finals 4-6, 6-3, 10-5.