Ayman flies the Zayed Cup for Arabian horses in Sardinia 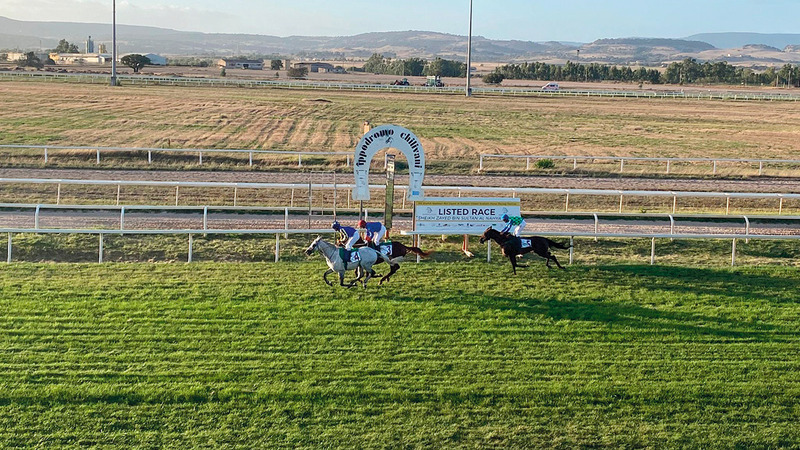 The horse “Ayman” by Maria Hagman Ericsson soared with the Cup title of the late Sheikh Zayed bin Sultan Al Nahyan, while “Delirio” for “Al-Judani” won the Al-Joudani’s Al-Wathba Stallions Cup, the day before yesterday, at Kilvani Racecourse on the Italian island of Sardinia, as part of the activities of the 14th edition of the Racing Festival. His Highness Sheikh Mansour bin Zayed Al Nahyan.

“Ayman”, led by iFuda, confirmed his stardom in the Sheikh Zayed bin Sultan Al Nahyan Cup, for a distance of 2,400 meters “lists”, intended for horses of four years of age and above, and his prize amounted to 25,300 euros.

“Ayman”, a descendant of “General”, who represented Sweden’s horses, managed to deprive the title holder last year, and his runner-up “Amour” led by M. Monterisso, after an exciting struggle until the final stages, to beat him by half a length, while he came in the position The third “Blagoa” led by the knight M Aras.

“Delirio”, under the supervision of Cinni Carla and the leadership of J Arena, won the Al Wathba Stallions Cup for a distance of 1,600 meters, with a prize of 6,600 euros, which is intended for purebred Arabian horses “beginners”, with the participation of “17” horses at the age of only three years.

The champion, who descends from the “Defamer” line, confirmed his candidacy after he presented a superb show, outperforming his runner-up “Divino” led by M Monca, while “Dani” led by N. Morrow came in third place.