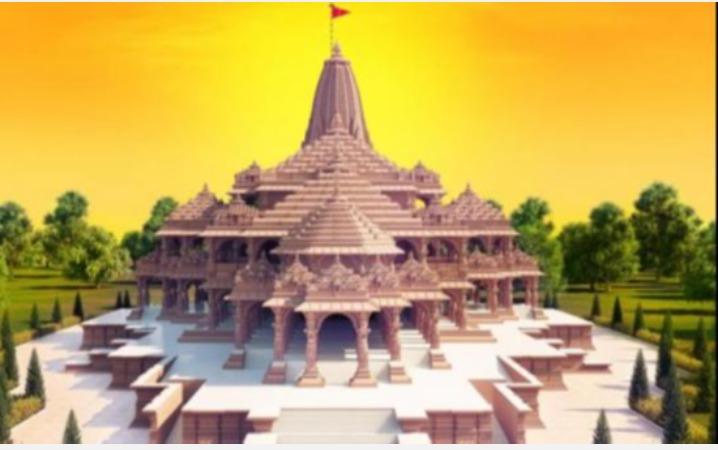 557 crore for the Ram Temple in Ayodhya Rajasthan Incorporates the first state. It is known that Rs 85 crore has been collected for this temple from Tamil Nadu.

Uttar Pradesh is one of the states across the country for the Ram Temple in Ayodhya Finance Is being collected. This is special for the first 49 days of the 14th January last year Finance Collection camps were also conducted.

As a result, the Ramjenma Bhoomi Tirtha Shetra Foundation has received over Rs 3,000 crore for the construction of the Ram Temple. Finance Has joined. About 9 lakh devotees from all over the country, including the BJP and the Vishwa Hindu Parishad, were involved in the project.

1 lakh 75 thousand groups were formed with them. They visited more than four lakh villages in the country and visited the temple Finance Were mobilized.

Of these, Rs 557 crore is the highest in the country Finance Rajasthani are the given states. Of this amount, Rs 85 crore has been provided by the people of Tamil Nadu.

Among other states, Jammu and Kashmir has given Rs 14 crore, Kerala Rs 13 crore, Arunachal Pradesh Rs 45 crore and Manipur Rs 2 crore. The smallest states are Mizoram with 21, Nagaland with 28 and Meghalaya with 85 lakh rupees.

About 80,000 checks received in large quantities for the temple and paid into the banks have not yet reached the Trust’s account. Its value is Rs 100 crore. About 2,000 of the proceeds have been returned as having no money in its bank accounts.

And about 6,000 checks are stuck for non-payment due to various reasons including spelling. Those who have paid directly through their internet accounts to the bank account of Ramajanma Bhoomi Tirtha Shetra Trust do not have these problems.

in this situation, Ram Temple Thousands of devotees of Lord Rama visit the temple every day since its inception. Axis Bank has set up a new ATM for them.