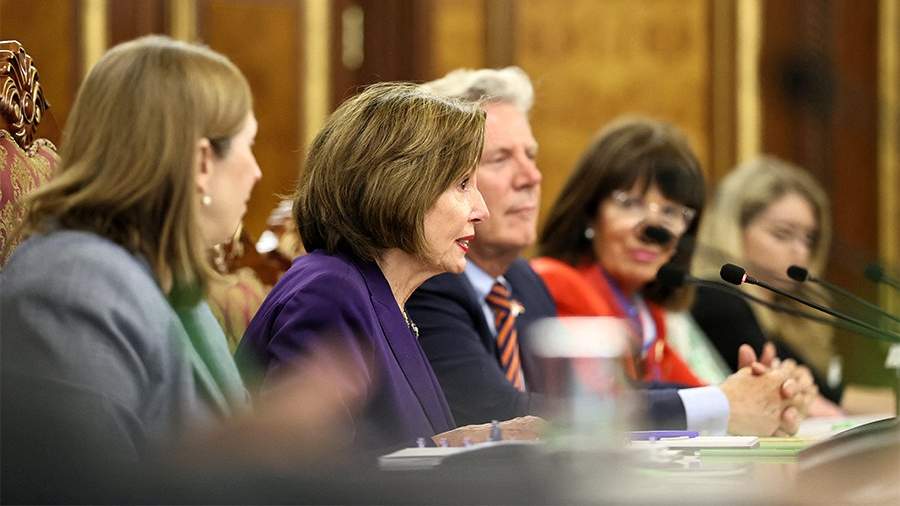 US House Speaker Nancy Pelosi’s statements about the conflict on the Armenian-Azerbaijani border are unacceptable. This was announced on September 18 at the Ministry of Foreign Affairs of Azerbaijan.

“The statement made by Pelosi during her visit to Armenia on September 18 is deeply regrettable, which distorts the situation in the region. Pelosi’s baseless and unfair accusations against Azerbaijan are unacceptable,” the ministry said.

The Foreign Ministry stressed that the conflict between the two countries began with a provocation by Armenia on a section of the conditional border, the delimitation of which has not yet been carried out.

“The Azerbaijani Armed Forces prevented a provocation and ensured the protection of the sovereignty and territorial integrity of our country. At present, the ceasefire is being observed, and the situation has been prevented from escalating. All responsibility for the aggravation of the situation in the region and the large-scale provocation lies with the military-political leadership of Armenia,” the ministry informed.

Earlier in the day, Pelosi said she condemned Azerbaijan’s attack on Armenia’s sovereignty and borders. She noted that the United States continues to follow the developments and seeks a long-term solution to the conflict through negotiations.

On September 17, Pelosi arrived on a visit to Armenia. A statement released by her office stated that the visit “is a powerful symbol of the unwavering determination of the United States to have a peaceful, prosperous and democratic Armenia and a stable and peaceful Caucasus region.”

The Speaker of the House of Representatives of the US Congress will be in Armenia until September 19.

On September 15, the American newspaper Politico reported that the Speaker of the House of Representatives was leaving for Armenia amid renewed clashes with Azerbaijan. The publication noted that the trip is intended to demonstrate US support for Yerevan in the growing conflict with Baku.

The conflict between Armenia and Azerbaijan escalated on the night of September 13. Then the ministries of defense of Armenia and Azerbaijan accused each other of shelling the border areas. On the same day, the Armenian government appealed to Russia, the CSTO and the UN Security Council “in connection with Azerbaijan’s encroachment on the sovereign territory of the country.” Both sides claimed there were casualties.

On the night of September 15, Secretary of the Security Council of Armenia Armen Grigoryan announced that Yerevan and Baku had reached an agreement on a truce and a ceasefire from the evening of September 14. On September 15, Armenian Defense Ministry spokesman Aram Torosyan reported a relatively calm situation on the border with Azerbaijan.