“Azovstal” .. Kyiv talks about an imminent evacuation and Moscow: lay down their weapons 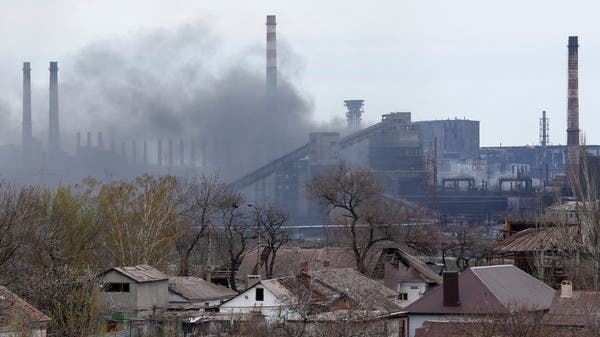 After Ukraine announced expectations of evacuating those trapped inside the industrial Azovstal, which is the last enclave in which the organized Ukrainian resistance is holed up in Mariupol, a large part of which was destroyed following the Russian bombing, in the coming hours, the Kremlin confirmed that it did not see a topic for discussion regarding these calls for negotiation.

Russian Presidential Spokesman Dmitry Peskov stressed that Russian President Vladimir Putin’s words were clear, indicating that civilians can leave in any direction in exchange for the soldiers’ laying down their weapons and their exit, which Kyiv has not announced so far.

The Russian official added that in this case, the Ukrainian military will survive, and medical assistance will be provided to all the wounded and sick.

Peskov’s words came in response to the announcement by Ukrainian President Volodymyr Zelensky during a joint press conference with UN Secretary-General Antonio Guterres in Kyiv that the Ukrainian side is ready to negotiate the evacuation of those who remain inside the Azovstal plant.

Zelensky’s office announced an evacuation within the coming hours of the day.

This announcement came while the Russian side doubted the presence of civilians inside the factory, believing that all those holed up inside are Ukrainian forces and might come out as civilians to get a safe escape after 95% of the city of Mariupol was captured, according to the Russian version.

It is noteworthy that the city of Mariupol, overlooking the Sea of ​​Azov, has formed since the start of the Russian military operation on the territory of its western neighbor, a strategic target for Moscow, since its control will open a land corridor for the movement of Russian forces between eastern Ukraine and Crimea, which Moscow annexed to its territory in 2014.