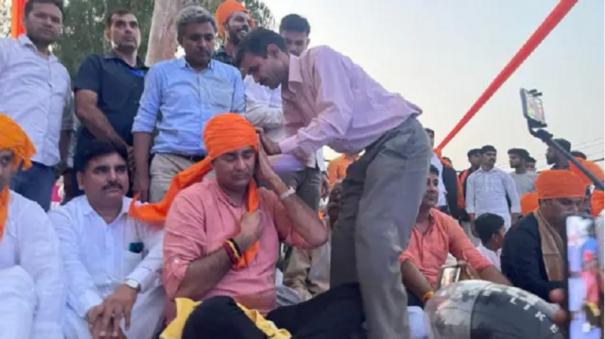 Sangeet Som, a former BJP MLA, was implicated in the 2013 religious riots in Muzaffarnagar, Uttar Pradesh. He is the one who gives controversial speeches from time to time to disrupt religious harmony. Sangeet Som is currently commenting on a court-ordered excavation of the Gyanwapi Mosque in Varanasi. His speech as a former BJP MLA from Meerut’s Sardana constituency has sparked controversy.

Sangeeth Som has also uploaded the transcripts of his speech on his Facebook page. Controversy erupts in Uttar Pradesh over Sangeet Som’s speech going viral on social media.

Pramod Tiwari, a former Congress MP from the state assembly, said, “Unemployment is on the rise due to the sharp rise in prices. In this situation, the BJP is trying to win the election by inciting sectarian strife without talking about the issue of the people. It seeks political gain by keeping public places of worship, ”he said.