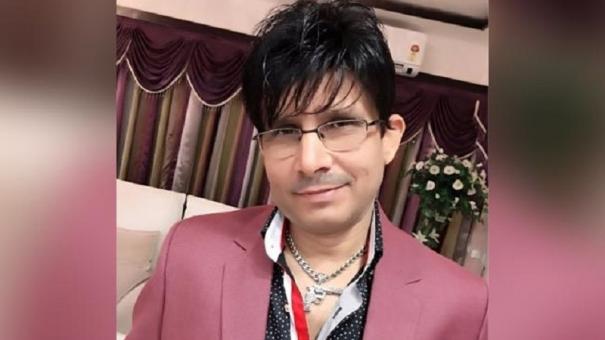 Mumbai: Bollywood producer and actor Kamal R Khan was arrested in 2020 following a complaint for sharing a controversial tweet with derogatory comments.

Yuva Sena member Rahul Kanal has filed a complaint against him. Based on that complaint, an FIR was registered and Rashid Khan was arrested.

Mumbai Malad police arrested him at Mumbai airport this morning. He is likely to be produced in the Borivali court in Mumbai today.

What is the controversy? Last April 30, 2020, Kamal Rashid Khan shared a post on his Twitter page. He posted, “Rishi Kapoor has been admitted to hospital. He should not die. Wine shops are opening soon.” He also posted controversial comments about Irrfan Khan.

On April 29, popular Bollywood actor Irrfan Khan passed away due to a rare type of cancer. In the next 24 hours on April 30, the popular veteran actor Rishi Kapoor passed away.

The Yuva Sena organization has complained that two Bollywood legends died in successive days and that the two artists were criticized for their deaths. Kamal Rashid Khan has been arrested on the basis of that complaint. A case has been registered against him under Section 294 of the Indian Penal Code.