Baggio: Italy’s failure to participate in the World Cup because of the Euro victory is “madness” 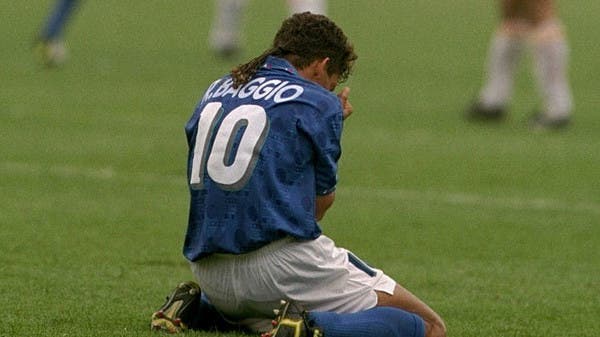 Italian football legend Roberto Baggio revealed that not giving Italy the ticket to qualify directly for the 2022 FIFA World Cup after winning the European Nations Cup was “crazy”.

The Italian national team beat England on penalties in the European Nations Cup final last July to win the title, but then lost to North Macedonia last March in the qualifying play-off for the World Cup.

The Italian national team, coached by Roberto Mancini, lost 3-0 to Argentina on Wednesday in the “Finalisima Cup” match, which brings together the European champions and the South American champions.

The match showed the difference in levels between the two teams, and many said that the Argentine team, under the leadership of Lionel Scaloni, might be a strong candidate in the Qatar World Cup 2022.

Scaloni had said during the Argentine national team’s preparation for the match, that the Italian team deserved to participate in the World Cup.

Baggio’s opinion was similar, as he said that Italy was supposed to be awarded the ticket to qualify directly for the World Cup after winning the European Championship.

Baggio said on Thursday, in comments published by “La Gazzetta dello Sport,” that the most shameful thing is that Italy did not qualify directly for Qatar by winning the European Championship.

He added: “It’s a shame, it seems crazy to me, if I were these people, I don’t really know what I would have reacted.”

“It’s the worst thing to accept, because in a 90-minute match, anything can happen, is one mistake supposed to keep you at home?”