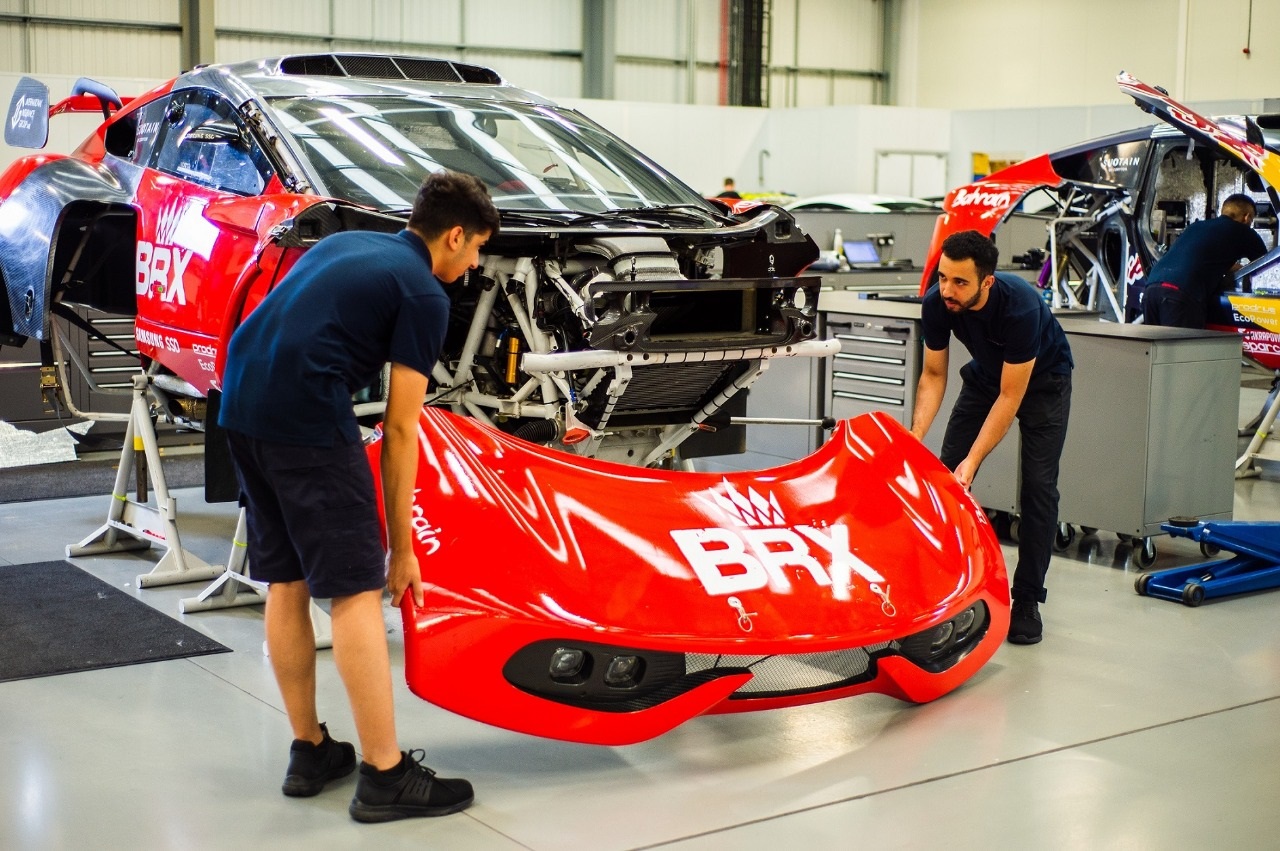 A group of six Bahraini students, selected from the University of Bahrain, the American University of Bahrain and Bahrain Polytechnic University, have concluded a month-long training with global leader in motorsports and advanced technology in England, Prodrive, to advance Team Bahrain Extreme’s aspirations for victory in the World Rally Championship. long desert.

During their time in the UK’s multi-billion pound Motorsport Valley, the students participated in the design, construction and day-to-day operations with Team Bahrain’s Red Extreme Prodrive Hunter car, which is currently leading the opening round of the World Cross-Country Rally Championship.
Students at Prodrive’s state-of-the-art campus in Banbury-Oxfordshire also helped build the new Hunter chassis that will be used in the remaining World Cross-Country Rally Championships remaining rounds in Morocco and Spain in October. They also helped design parts for the Hunter car that will compete in the 2023 Dakar Rally, which will be held in Saudi Arabia at the beginning of January.

Speaking about the experience, Faris Al Qatami, a third-year student at the American University of Bahrain, said: “I modified a cover that forms part of the engine that will be used in the Dakar Rally. This means that I personally have a connection with the Bahrain Red Extreme rally car, and I feel proud. Great for being Bahraini.”
The trainings highlighted the ease and advantages of the new e-Visa exemption status that enables Bahraini and Saudi travelers to visit the UK for a period of six months.

The Bahrain Red Extreme team car “Prodrive Hunter” is the fruit of a partnership between Bahrain Mumtalakat Holding Company “Mumtalakat”, the sovereign wealth fund of the Government of the Kingdom of Bahrain, and Prodrive, the British group known in the world of motorsports and engineering. Further training is planned to give Bahraini students work experience, and the opportunity to build careers in international motorsports at the highest levels.
Prodrive designed the Hunter to win the Dakar Rally title for Bahrain Red Extreme. A limited edition all-terrain supercar is now being built to individual buyers’ specifications. “We are pleased to offer these Bahraini students the opportunity to learn about all the technologies that the Bahrain Red Xtreme team relies on,” said David Richards, Chairman of Prodrive.

He added, “The students were able to learn how to design, build and operate a Hunter car for the toughest motorsport event in the world, the Dakar Rally. We also ensured that upon completion of their studies at university, we would consider those who would like a full-time job. full on the team.
Other Bahraini students who have benefited greatly from the training include Hassan Al-Asfoor and Mohammed Nader from the University of Bahrain, Salman Ahmed from the American University of Bahrain, and Jassim Al Thawadi, who studies at Bahrain Polytechnic University.

Students have gained a wealth of experience in the UK. It included engine testing using a Prodraf dyno that measures thrust, torque and power, and information on how to combine hybrid power with the sustainable fuel already used by Team Bahrain’s Red Extreme ‘Prodrive Hunter’ car in the World Cross Country Rally Championship.