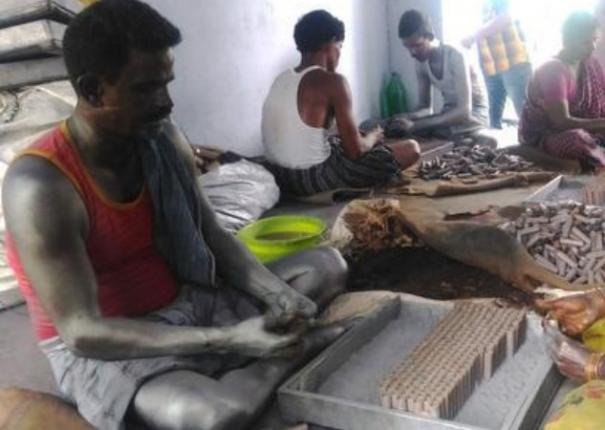 New Delhi: Environment Minister Gopal Roy has said that production, sale and use of firecrackers will be banned in Delhi till January 1, 2023.

In the tweet he shared in this regard, till January 1, 2023, production, storage, sale and use of firecrackers is completely banned in Delhi. He posted that this action is being taken to protect the welfare of the people. He said that online sale of crackers will also be banned and preventive measures for this will be prepared in collaboration with Delhi Police and Delhi Pollution Control Board.

Delhi is the most polluted state in India. Smoke emitted from vehicles, factories and agricultural wastes burnt in neighboring states are said to be the main causes of Delhi’s air pollution. Although the central and state governments are taking various measures to prevent this, it is still impossible to completely control air pollution. Due to this, most of Delhiites suffer from lung and respiratory diseases.

Apart from this, statistics show that air pollution in Delhi increases manifold after the festival of Diwali every year. Considering this, the Delhi government banned the bursting of firecrackers during the festival of Diwali last year 2020. However, due to the lateness of this announcement, the sale of firecrackers and the bursting of firecrackers could not be completely controlled. In this case, since last year, it is usual to impose a ban in advance. While Diwali was celebrated in November last year, the ban came into force in September itself. In this case, while Diwali festival is going to be celebrated on October 24 this year, a ban on firecrackers has been announced from this month to January 1, 2023.

When the states of Delhi and Rajasthan banned the bursting of firecrackers on Diwali last year, the owners of the Sivakasi Firecracker Factory demanded that the ban be lifted and firecracker workers should light up their lives.