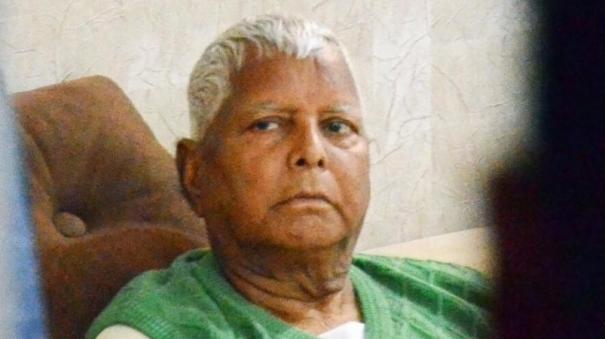 Patna: “I can proudly and openly say that I am an RSS member. But can Lalu Prasad Yadav say that he is a BFI member,” BJP’s Giriraj Singh has questioned. Similarly, Madhya Pradesh Home Minister Narottam Singh has challenged Congress’s Digvijay Singh.

In response to this, Giriraj Singh from Bihar State BJP has posted on his Twitter page. In it, he questioned, “Those who want to ban the RSS organization should understand a difference. I can openly and proudly say that I am an RSS member. Can Lalu Prasad Yadav openly say that he is a BFI member?” And in Bihar the government they depend on is in power. If they have the courage, let them ban the RSS organization there.

Madhya Pradesh Home Minister Narottam Mishra has raised the same question to the former Chief Minister of the state, Digvijay Singh of the Congress Party. According to him, the talk of comparing RSS and BFI organization is politically motivated. I can proudly say that I am an RSS member. Can Digvijay Singh say he is a BFI member. No one can. What else can be expected from a party that calls Zakir Nayak as Santiguru and chants ‘thukade dukede’?

Leader from RSS, Indresh Kumar said, “Those who oppose the ban on BFI and compare it to RSS must be mentally challenged. The ban on BFI is very important in the current environment. The central government has taken an important step to save the country’s security, democracy and humanity. .There are no words to appreciate this move by the government,” he said.