Bandar is the best citizen player.. Lapa scores a “hat-trick” at the professional party 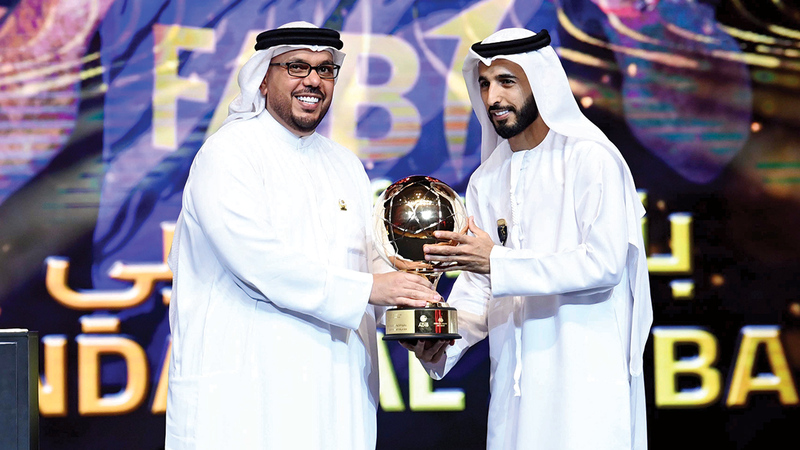 Ghamran said in a press statement on the sidelines of the ceremony: “The team’s crowning of the league titles and the League Cup came as a natural result of working in the spirit of one team, consisting of management, technical staff, players, fans and everyone affiliated with the system of this great club, which embodies the concept of the Ainawiya family, so it is natural Today, on the podium, most of the team members topped the scene at the season awards ceremony, starting with coach Sergey Rebrov, passing through the front line represented by Lapa Kodjo, Sofiane Rahimi, Bandar Al Ahbabi and Eric Jorgines, and reaching goalkeeper Khaled Issa, and this was evidence of the efforts made. From the team system.

He added: “It is certain that personal awards represent an important motivation for the team in general and the winners in particular in the new football season. However, Al-Ain’s goals are always clear, represented in the competition for titles, and enhancing the balance of great achievements that have been associated with the name (the leader).”

■ The award for the most beautiful goal: Al-Ain player, Togolese international Laba Kodjo.