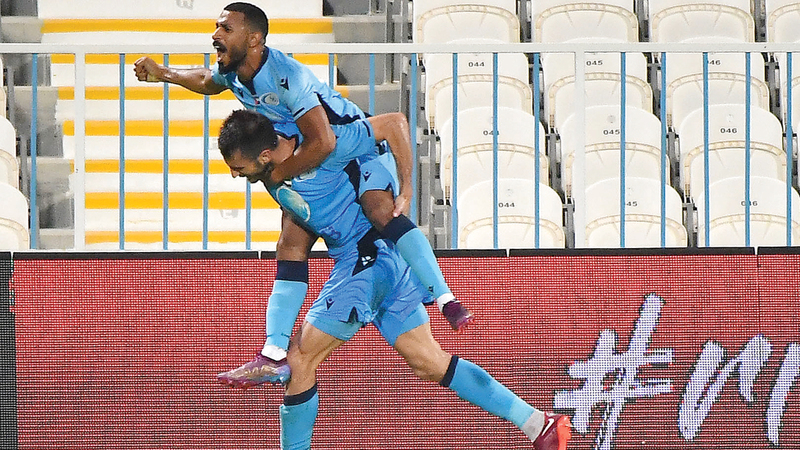 Baniyas players held together with only 10 players and kept their calm for 70 minutes after the match referee Sultan Mohamed Saleh sent off their colleague Gaston Suarez with a red card and imposed a 1-1 positive draw on their guest Al Jazira, yesterday, at Al Shamkha Stadium in the fourth round of the ADNOC Professional League For football, “Celestial” put the fourth point in his score, while “Pride of Abu Dhabi” added the 10th point.

The home players lived 70 difficult minutes due to the numerical shortage in their ranks after Suarez was expelled from the 39th minute due to a violent intervention on Al-Jazira player Abdullah Ramadan. Its way to a goalless draw, but these difficult moments produced the stubborn “heavenly” character that he imposed on the course of the meeting later.

Baniyas players defied expectations as they did not give up after conceding Al Jazira’s goal and threw their offensive weight. Serbian central defender Sasha Ivkovic gave up his main job and participated in an attack that secured the equalizer in the 4+90 minute.