Baniyas wins the result against Khorfakkan and loses the performance 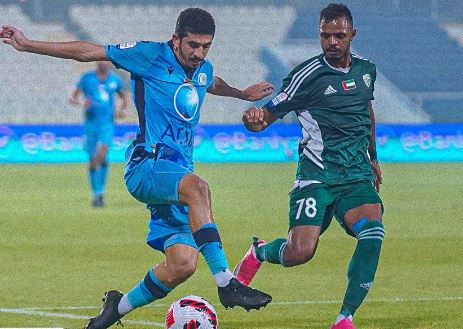 Baniyas achieved a very difficult victory today with a clean goal at the expense of its guest Khorfakkan in the confrontation that brought the two teams together at Al Shamkha Stadium within the opening of the ADNOC Professional Football League, in a meeting in which the “Heavenly” did not provide a convincing performance, and his ranks appeared far apart, but he nonetheless succeeded in Achieving the most important out of the three points.

The match was on its way to a goalless draw, in tandem with the low offensive level of the two teams throughout the first half and the middle of the second, before the hosts scored the only winning goal in the 79th minute by Serbian Ivkovic from a header, when he rose above everyone else during the corner kick taken by his colleague Gaston Suarez. And the ball into the goal.

The late goal caused the two teams to abandon the extreme caution that was the main feature of the match and raised the degree of rivalry between the two teams, as the “heavenly” retreated to its back areas with reliance on counter-attacks, while the guests threw their offensive weight, which imposed a siege on the Baniyas goal.

The last minutes witnessed intense attempts by Khorfakkan to kidnap the equalizer, but goalkeeper Fahd Al-Dhanhani excelled in stopping two dangerous opportunities, while the goal that he conceded in the 4 + 90 minute by his player Elton Filipi was canceled after the television replay showed the player’s presence in an offside position, to maintain Thus, Baniyas won the first victory, avoids surprises for the guests, and puts the first three points in his tally.