Banned Napoli and Roma fans from away matches for two months 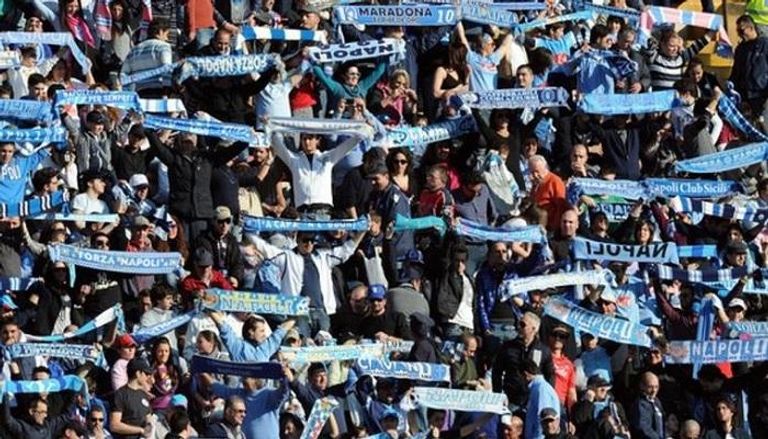 Italian Interior Minister Matteo Biantidosi ordered today, Saturday, to prevent the fans of Rome and Naples from attending matches outside their stadiums, after clashes between them last Sunday, which forced the authorities to temporarily close the main highway in the country.

The Ministry of the Interior said in a statement that the decision includes the closure of the stands for Naples and Roma fans in away matches, starting today, Saturday, due to “the seriousness of the violent incidents that occurred” and “the tangible danger that these actions may be repeated.”

The minister also decided to stop selling tickets for two months in the same matches to people residing in Naples and Rome.

There is a long history of animosity between the fans of the two teams, and the two sides clashed in and around the motorway service area in Tuscany, a pivotal route linking northern and southern Italy.

And a group of Naples fans threw stones and gas bombs from the side of the road towards the passing Roma fans, who stopped cars to respond in kind, and the clashes spread to the front of the service station before the police intervened to control security.

Piantedosi stressed that the penalties for denial of attending away matches “are not a substitute for individual measures against the perpetrators of the incidents.”

What did Ancelotti say about Al-Ahly? This is Benzema’s position on representing Real Madrid

IND vs AUS Test Series | Who are the players who scored the most runs and hundreds? – It drops the batting record

Mortada Mansour is suing the Egyptian Football Association, accusing him of taking revenge on Zamalek

Mass copying in TOEFL online exam.. This work was done by top rankers..!

Changes in another constituency in Nellore district.. this time..