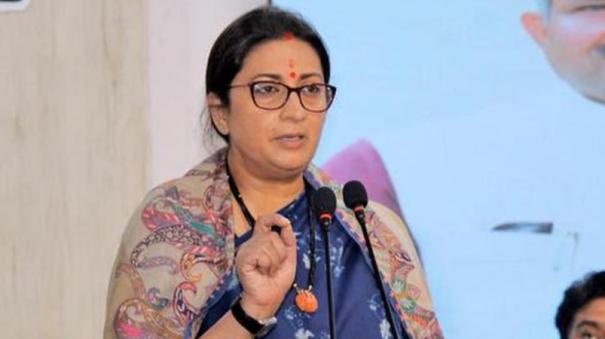 Asakao: Controversy has arisen in Goa that a restaurant owned by Union Minister Smriti Irani’s family is involved in a scam.

Chili Souls Cafe and Bar is a restaurant said to be run by Union Minister Smriti Irani’s family in Asagao, Goa. It is managed by Smriti’s daughter Joish Irani. The restaurant is embroiled in controversy. It is said that the liquor rights were acquired for the restaurant using the deceased’s name.

According to Goa State Excise Rules, only an existing restaurant can get a liquor or bar license. But the newly launched Chili Souls Cafe is yet to get a restaurant license. A bar is held within it. The restaurant’s liquor license is in the name of Anthony DiGama. And it is said to have been updated only last month. However, the person named in the license named Anthony DiGama died in May 2021. This Anthony Digama is a resident of Vile Parle, Mumbai. It has been found that the Mumbai Municipal Corporation has confirmed his death and issued a death certificate.

Lawyer Rodrigues exposed the scam through an RTI application. Advocate Rodrigues has also filed a case demanding a thorough investigation into the mega scam by Union Minister Smriti Irani’s family in connivance with industry officials and the local panchayat. The trial will be held on July 29.

While this controversy has been revealed by lawyer Rodrigues, it has been reported that the Goa Government’s Arts Department has sent a show-cause notice to the restaurant.