Baraa Alem reveals to Al Arabiya.net the story of his entry ticket to the world of art and acting 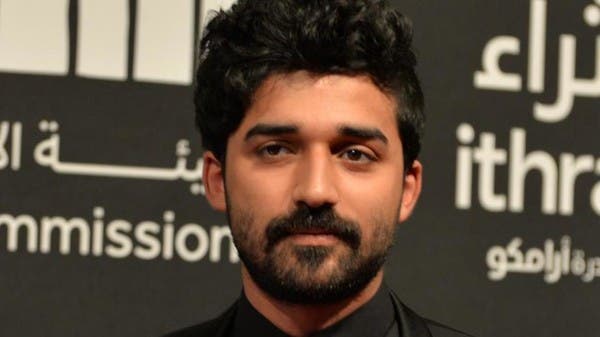 The talent of the Saudi artist, Baraa Alem, was launched through YouTube after his love for movies began at a young age and developed and grew with him until he opened a YouTube channel in 2017, in the name of Filmer, “reviewing and showing cinema films and sharing his passion for acting with the world.”

In his interview with “Al Arabiya.net”, he said that director Fares Quds and his brother, producer and actor Suhaib Quds, first contacted him after they watched one of “Filmer” videos on YouTube, and they offered him the opportunity to participate in auditions for a feature film. “Hossam Khayat” in the movie Shams Al Maaref, explaining that after the success of the movie, he started focusing mainly on acting, and he participated in several long and short films, some of which came out and some of them will soon see the light.

And about Hossam’s personality in Shams Al Maaref, he confirmed that Hossam’s personality is very similar to him at that age, which expresses his love and passion for cinema and filmmaking, and his boldness and the rudeness of his troubled adolescence, which enabled him to communicate a lot with the features of the character and therefore it was difficult for him but to embody it because in short he was embodying a smaller version of it.

And about working on filming sites, he said that his main goal was always writing and directing, and acting was a secondary goal, but by virtue of God’s success and the success of Shams Al-Maaref, acting offers began to reach him, and it became important for him to focus on it as a primary profession at the present time, first for its great pleasure and secondly. Because it brings him closer to the directors and stories and contributes to his learning more details about the industry, in addition to providing him with a suitable income.

As for the Filmer Channel, he mentioned that it is a channel interested in creating content related to the motion picture industry, whether cinema or television, in the channel where it reviews new films, arranges Top 10 lists for the best films in a particular genre, reviews biographies of the most important directors, in addition to Filmar Coffee, which hosts guests From various Arab and international filmmakers
The channel focused on acting and presenting a variety of different honest roles in local stories, and that he seeks to develop the Filmer channel, diversify the content and increase the number of videos annually, and work on writing his first movie, and this is a long process, but it is good to start early.

Regarding the importance of these festivals, he stressed that they bring the industry together in one place and give guests from all over the world a picture of the film industry in the Kingdom and provide them with opportunities for cooperation. The talk may be long and the benefits prolonged, but the Red Sea Festival and the Saudi Film Festival are the basis of the fertile ground that will generate a real film industry in the Kingdom.

He added that the Sun of Knowledge would not have been produced without the support of the Red Sea Festival in its first edition. Rather, the film was scheduled to open the festival had it not been for the spread of the global Pandemic Corona and the cancellation of the first version, and we can clearly see the festival’s efforts in raising cinema awareness, spreading our cinematic culture and correcting stereotypes about There is no doubt that the Red Sea Festival is a wonderful supporter, and we are still waiting and looking forward to more of it in the future.

And about the short film “Glory to Maulana the Sultan”, which has become available on Netflix, he clarified that it was shown at the Saudi Film Festival in its eighth edition, and the film “A Long Road”, which will be released to cinemas around the Kingdom, where next July, there is also a long film that was recently completed and has not been announced. On the date of its issuance or its name yet.

He concluded by saying that the most important thing that increases the awareness of the filmmaker in the Kingdom and motivates him to continue and increase his passion in cinema is self-learning from the Internet and watching a huge number of films constantly. Acting, like other professions, was a dream and a passion for me, and without self-learning using YouTube and other sites, he said: I would not have increased my information and practice this passion, and without the films I watched, I would not have pursued the dream until the end.

It is noteworthy that the Sun of Knowledge is a Saudi comedy feature film produced in 2020, and the film’s hero is Baraa Alem, and it was shown for the first time on July 22, 2020 in Jeddah, Saudi Arabia, and the second show was in the Saudi capital, Riyadh, and then the first mass show in Saudi cinemas in July 31, 2020, and the film was scheduled to open the Red Sea International Film Festival in March 2020, but the show was postponed and then canceled due to the novel coronavirus pandemic. From the nineties to the present stage.

Russia helped Armenia and Azerbaijan agree on a highway through Syunik