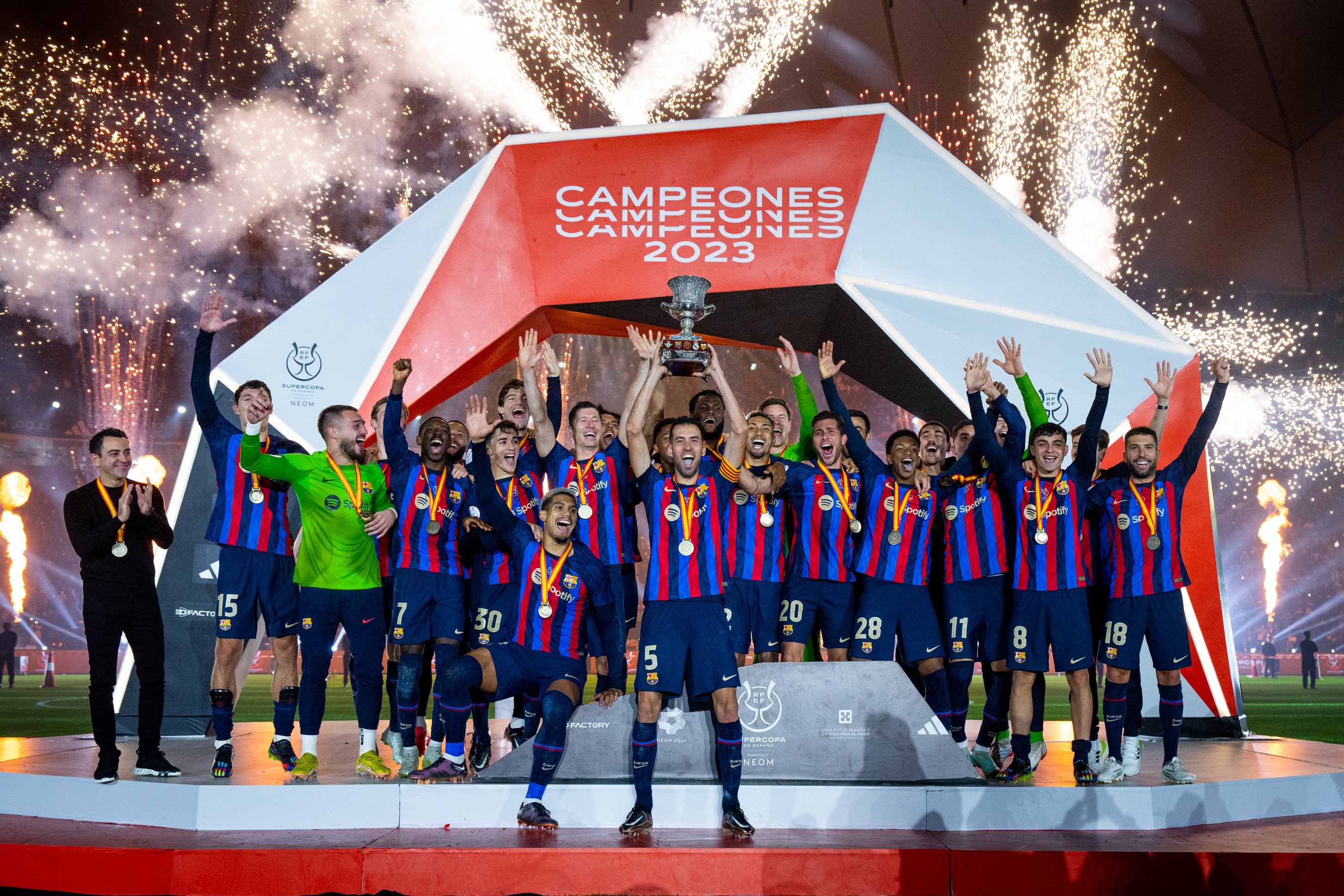 Saudi media revealed that the Barcelona team asked to eat the most famous Saudi meal before facing Real Madrid in the Spanish Super Cup.

Al-Ekhbariya channel quoted statements by Mohamed Al-Sadiq, director of human resources at the hotel where the “Catalan” stayed, who confirmed that Barcelona followed a strict diet before playing the Spanish Super Cup match.

He pointed out that the “Blaugrana” mission chose a day in which the players would eat the most famous Saudi food, explaining that the hotel management provided the players with “Kabsa”, “Juraish”, “Pirate” and many other meals, which he refused to disclose.

It is noteworthy that Barcelona defeated Real Madrid 3-1 and won the Spanish Super Cup, which was held in the Saudi capital, Riyadh.

video | Muhammad Al-Sadiq, Director of Human Resources at the hotel: