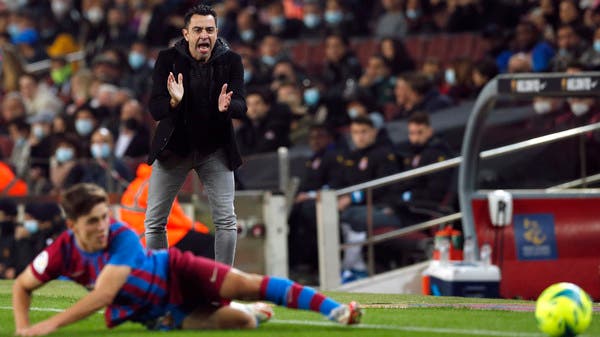 Xavi started his career as a coach for his childhood club Barcelona by winning 1-0 at home to Espanyol in the city’s top-flight match in the Spanish First Division on Saturday.

Barcelona needed a penalty kick by Dutchman Memphis Depay three minutes after the second half, and after returning to the video assistant referee, to achieve their first victory in five matches in the competition. Barcelona jumped from ninth to sixth place with 20 points from 13 games, the same as Rayo Vallecano, seventh in the standings.

Seville leads the league with 28 points, a goal difference from Real Sociedad, while Real Madrid has 27 points from 12 games.

Xavi, 41, who replaced Dutchman Ronald Koeman earlier this month, took charge of saving Barcelona’s season, and will try to restore his glory days when he won 25 titles in 17 years at the club.

Espanyol pressed hard in the last minutes and missed many dangerous opportunities, to freeze his score at 17 points in 11th place.