Barcelona defender Araujo: Xavi will blame us despite qualifying in the cup 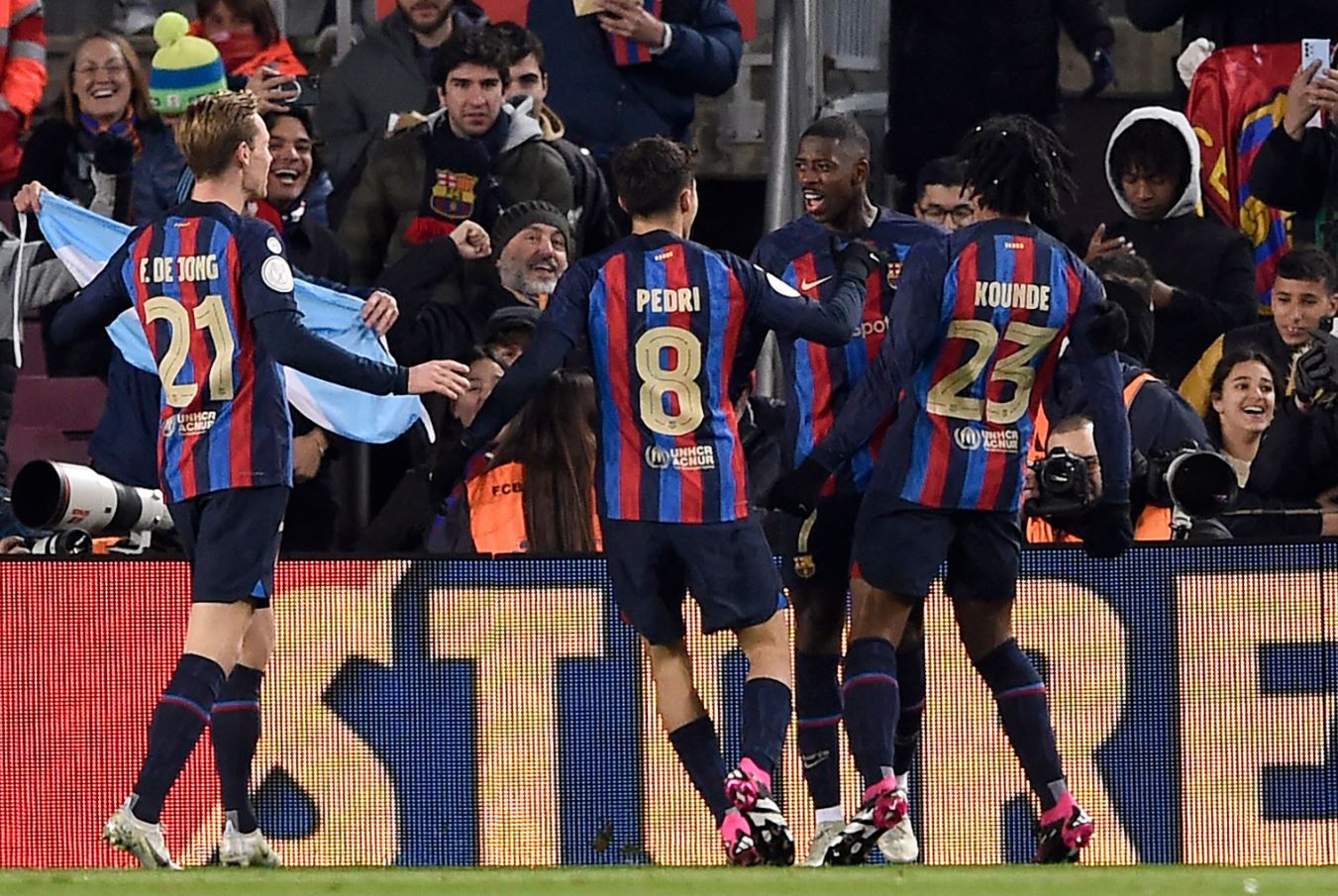 Ousmane Dembele’s goal in the second half gave Barcelona a 1-0 victory against ten Real Sociedad players in the King’s Cup quarter-finals today, Wednesday, to avoid losing the 12th consecutive match. In-form Sociedad entered the game on the back of nine consecutive wins in all competitions and came close to scoring in the 29th minute when Japanese teenager Takei Kubo hit the crossbar. But his hopes of achieving a surprise at the Camp Nou were dashed when striker Bryce Mendez was sent off directly in the 40th minute after a violent tackle on Sergio Busquets.

Barcelona defender Ronald Araujo told Movistar Plus, “We had difficulty after the numerical shortage, because they closed the spaces tightly and defended fiercely.”
He added, “I am sure that coach Xavi will blame us despite the qualification. We could have decided the match early. We must correct the mistakes now and move forward. I am happy that we won at home and continued a good path.”

Barcelona were the better side for most of the game, but only scored from a brilliant counterattack, which was crowned by Dembele’s man of the match in the 52nd minute. The speedy winger launched from the right after receiving an excellent long pass from his French compatriot Jules Conde and fired an unstoppable right-footed shot into the top of the net.
The visitors could have equalized after seven minutes but Alexander Sorloth bizarrely missed a chance just steps from goal when he shot into the sky after Kubo’s pass.

And after Gabi hit the crossbar after a wonderful cross from Dembele in the 68th minute, Real pressed late and could have scored from at least three chances, but goalkeeper Marc-Andre ter Stegen preserved the victory. Osasuna joined Barcelona in the semi-finals after its 2-1 victory over Seville, thanks to the goal of Moroccan substitute Abdel Samad Al Zalzouli in extra time, against his compatriot, goalkeeper Yassine Bounou. Chimi Abella opened the scoring for Osasuna, the host, in the 71st minute, and Moroccan striker Youssef Al-Nusairi snatched the equalizer in the 94th minute.

Al-Zalzouli settled the victory after nine minutes of extra time with a counterattack. Also in the quarter-finals, Real Madrid will meet its rivals, Atletico Madrid, as it will face Valencia and Athletic Bilbao today.