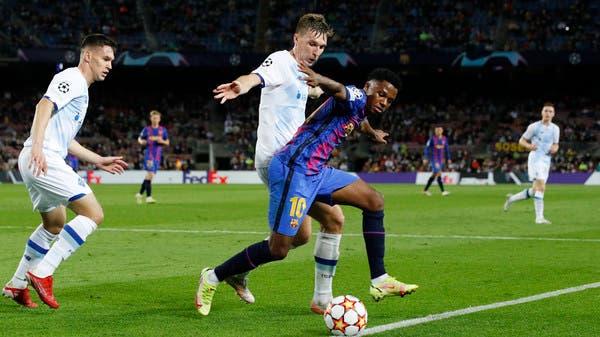 Barcelona announced on Wednesday that its young striker Ansu Fati has agreed to sign a new long-term contract that runs until 2027.

The new contract of the 18-year-old Spanish international includes a penalty clause of one billion euros, similar to the one included in the contract of his other young colleague Pedri.

Barcelona awarded the iconic number “10”, which was carried by the legend Lionel Messi, to Fati, born in Guinea-Bissau, earlier this season.

Fati has played 49 games for Barcelona since his debut in August 2019, during which he scored 15 goals.