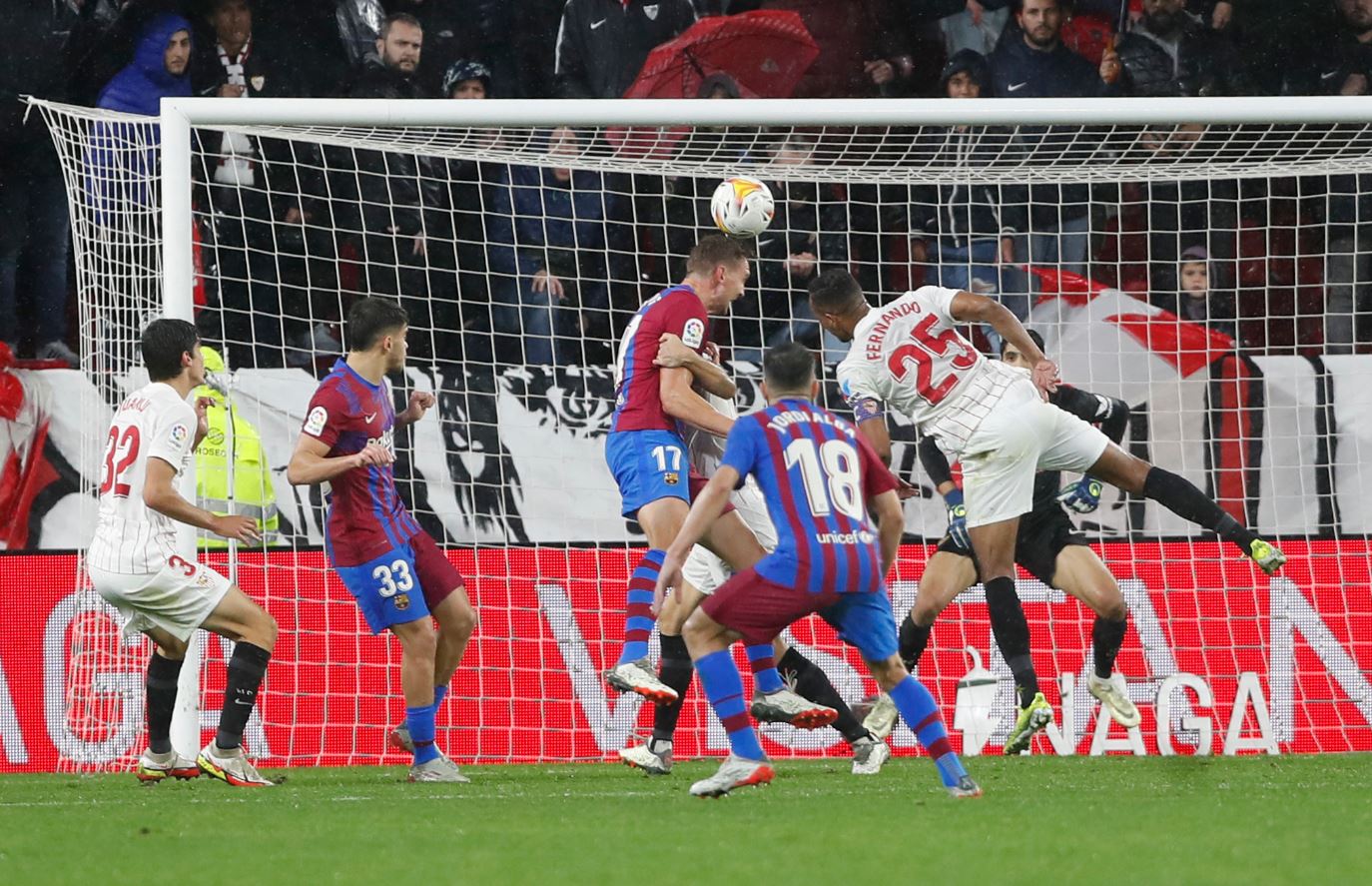 Barcelona did a service to its traditional rivals, Real Madrid, by drawing 1-1 with its host Seville yesterday, and prevented it from reducing the difference with the Royal Club to three points, in a match postponed from the fourth stage of the Spanish Football League. The Andalusian club opened the scoring through Argentine Papu Gomes (32), before the Catalans equalized in the 45th minute through Uruguayan Ronald Araujo.

With these two goals, which came from two corners and imposed a positive draw, Seville raised its score to 38 points in second place in the standings, while Barcelona finished seventh with 28 points.
With the exception of the 1-2 loss to Real Madrid in the fifteenth stage with a goal in the last minutes, after he was ahead of the Italian coach Carlo Ancelotti’s team, Sevilla proved this season that he is fully capable of fighting the adults, and the most prominent evidence of this was his victory last Saturday against Atletico Madrid, the defending champion 2. -1 with a goal in the 88th minute by Argentine Lucas Ocampos.

With only one stage left to reach the middle of the season, there is an unfamiliar scene in “La Liga” with the Andalusian neighbors Seville and Real Betis in the second and third places and Rayo Vallecano in the last fourth place qualifying for the Champions League, while the defending champion Atletico finds himself fifth, 14 points behind his neighbor Real is the leader, and Barcelona is seventh, 15 behind its royal rival. Barcelona and its new coach, Xavi Hernandez, had been able to take advantage of Tuesday’s match so that the Catalan club would be at the same distance from the fourth Vicano. Barcelona did not benefit from the expulsion of the most prominent defender in Seville, Conde, and failed to win.

Xavi expressed a feeling of great disappointment, and heartbreak for the loss of an accomplished victory, and said in the press conference that he did not believe what happened, and he hoped greatly to seize the victory and reach the fourth place.