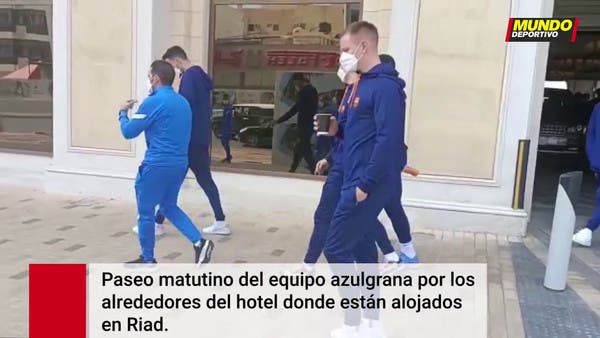 On Tuesday morning, Barcelona team toured the streets of Riyadh, before facing Real Madrid, on Wednesday, in the Spanish Super Cup semi-final.

The Saudi capital hosts the famous confrontation known as “El Clasico”, on the grounds of King Fahd Stadium.

The Catalan newspaper, Mundo Deportivo, published a video of Barcelona players wandering in Riyadh, near the hotel where the mission is located in the center of the Saudi capital.

The newspaper said: The team rested, on Monday, after a long trip from Barcelona to Riyadh, before the players took a walk on Tuesday morning, and then returned to the hotel.

It is expected that Juan Laporta, the club’s president, and Ferran Torres, the team’s new deal, will join the expedition, on Tuesday, after they recover from the Corona virus.