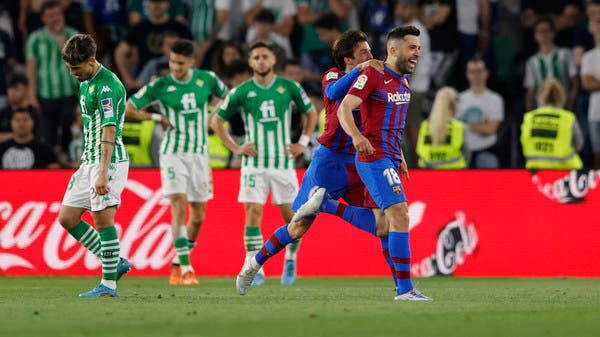 Barcelona achieved an exciting victory away from home and beat its host Real Betis 2-1 on Saturday in the thirty-fifth stage of the Spanish Football League.

The goalless tie between Barcelona and Real Betis remained for 75 minutes, then Ansu Fati opened the scoring for Barcelona. Real Betis then equalized through Marc Bartra in the 79th minute, but Jordi Alba snatched the winning goal for Barcelona in the last seconds of the match.

Barcelona’s balance rose to 69 points in second place, 12 points behind Real Madrid, who had already won the title, while Real Betis’s balance froze at 58 points in fifth place.