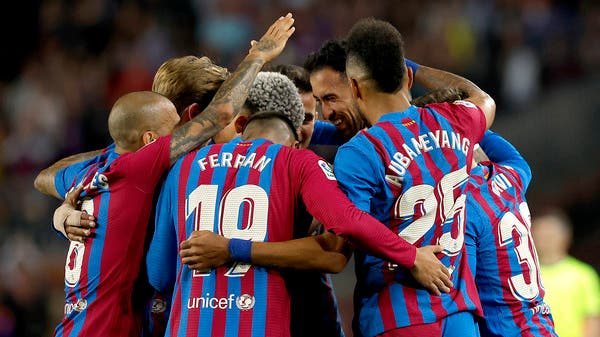 Memphis Depay led Barcelona with a goal to calm the tension at Camp Nou, where fans looked frustrated with just over half the stadium’s capacity.

Captain Sergio Busquets added the second goal early in the second half, but Antonio Rayo took advantage of a defensive error for the hosts and reduced the difference from close range after a free kick.

Xavi’s team passed Sevilla in the standings and advanced to second place with 66 points, after its opponent drew 1-1 with relegation-threatened Cadiz on Friday and became third with 64 points.

With four rounds remaining, Barcelona and Sevilla cannot get ahead of leaders Real Madrid, who have 81 points, and celebrated winning the league title on Saturday after beating Espanyol 4-0 at the Santiago Bernabeu.