Bargosh is the sixth victory deal in the winter transfers 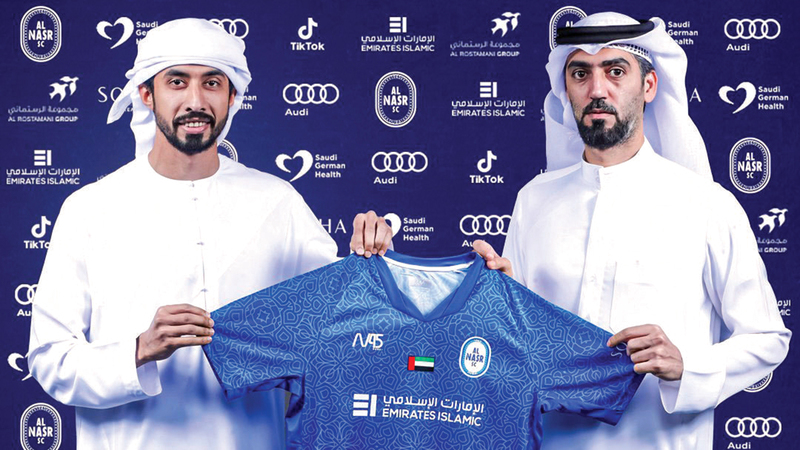 Al-Nasr Football Company announced its contract with player Mohamed Barghash in the sixth “Al-Ameed” deals during the winter transfer period.

Barghash joined Al-Wahda from Al-Azraq without revealing the details of the contract, as the former international participated with Al-Annabi during the current season in four matches in the ADNOC Professional League, while he participated in three matches in the Abu Dhabi Islamic Bank Cup competition.

Al-Nasr contracted during the current transfers with Togolese Malaba from Ittihad Kalba, Saud Abdul Razzaq and Abdulaziz Sanqour on loan from Shabab Al-Ahly, Sultan Al Shamsi on loan from Al Ain, and Bosnian Samir Mimišević from the Chinese League, while he dispensed with the services of Tariq Ahmed by terminating his contract by mutual consent between both parties.