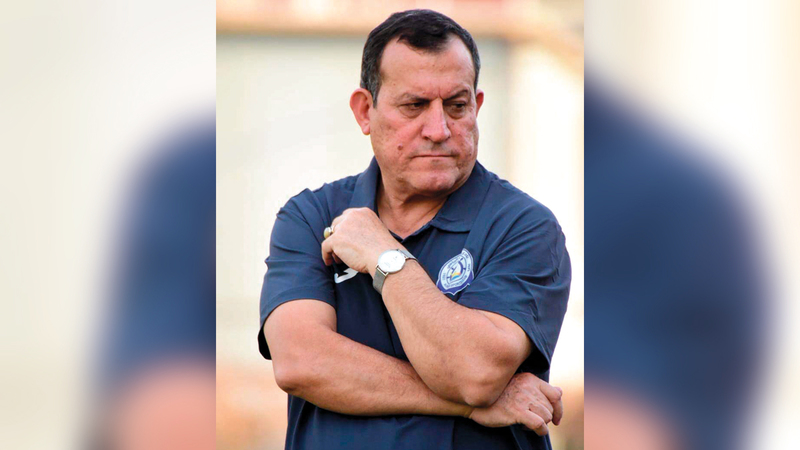 The former international star of the Iraqi national team and former coach of the Lions of Mesopotamia, Bassem Qassem, said, “The great role played by the Arab Gulf Cup for football requires work to raise it to better and greater levels in the future.” And he stressed that in order for the tournament to be stronger, both publicly and technically, work must be done to “organize it at an appropriate time, and raise the value of its financial prizes, especially for the champion of the competition, in addition to motivating the fans to attend the matches massively, and that the matter should not be limited to the fans of the host team for the competition.”

Bassem Qassem told Emirates Today: “I suggest that a large and better financial prize be allocated than the current one, such as three million dollars, for example, which is a financial value befitting the champion of the competition.” And he continued: «The upcoming tournaments need many things to appear better, through good and appropriate timing, allowing all teams to participate in the first team, in addition to developing encouragement programs and in-kind and financial rewards for fans, and finding appropriate ways to motivate the public to attend matches of all teams, not just their teams. ».

Regarding his vision of the technical level of the tournament, whose golden square starts today, he said: “The participation of some teams in the second row had a slight impact on the general technical level of the tournament, as we have not yet seen a match of high technical value, or prominent players, but it produced promising players for the future, but they are not stars.” The value of what has emerged in previous tournaments.

Qassem said, “The Gulf Cup has changed significantly from the previous one in several aspects.” A new generation of administrators and media professionals, and many things that deserve praise, but at the same time these tournaments are no longer technically the same as in the past, when they were stronger compared to the present, and were characterized by the presence of great players whose list goes on, while today, and specifically in this tournament, the bright names It is almost limited, but despite that the championship has not ended, and this can also apply to the previous session.

Qassem praised the initiative of the Iraqi public, who went to the stadiums of matches in which the Iraqi national team was not a party, as the stadiums were filled with them. And the upcoming tournaments, and that the encouragement be for the success of the tournament, in addition to encouraging all the teams,” stressing that “this will raise the technical level of the teams and the tournament as a whole.”

Regarding the possibility of lifting the ban on Iraqi stadiums by the International Football Association (FIFA), he said: “What (Gulf 25) produced in Basra confirms that the spirit has returned to Iraqi stadiums by holding matches on them, with great crowd momentum and good organization, which is something It will be in the interest of Iraqi football as a whole in the upcoming tournaments.”

Qassem expects that Iraq and Bahrain will be the two sides of the final, as today the “Lions of Mesopotamia” will face Qatar in the semi-finals, while Bahrain will meet Oman.

Qassem was among the prominent names in the Iraqi national team that played in the 1986 World Cup, participated in the Gulf Cup as a player, played many international matches, distinguished himself as a coach with the Iraqi national team and many Iraqi clubs, and won many tournaments with them. And about the best players from his point of view in the history of the competition, he said: «The list is very long, and he apologizes if he forgot some names inadvertently, among them: Jassem Yaqoub, Majed Abdullah, Falah Hassan, Ahmed Radi, Ali Kazem, Hussein Saeed, Adnan Al-Taliani, Zuhair Bakhit, Adnan Darjal, and Moftah Mansour. And Hammoud Sultan, and also from the generations that came after them: Ismail Matar, Omar Abdul Rahman, Badr Al-Mutawa, Yasser Al-Qahtani, Khalfan Ibrahim, Hawar Mulla Muhammad and others.

• Bassem Qassem is one of the former stars of the Iraqi national team, as he previously participated with Iraq in the 1986 World Cup, and in many continental and Gulf championships. He also previously trained the “Lions of Mesopotamia”.

• “The participation of some teams in the second row had little impact on the general technical level of the tournament.”

• «(Gulf 25) confirms that the spirit has returned to the Iraqi stadiums, with a great crowd momentum».