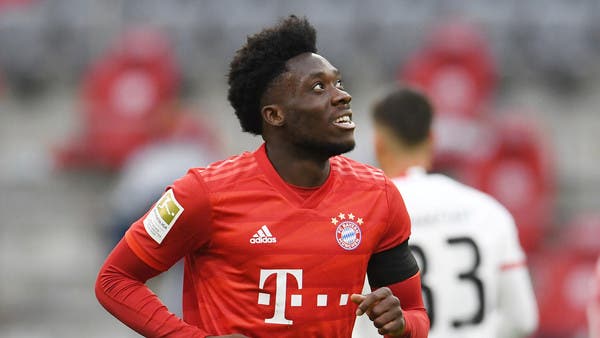 Bayern Munich coach Julian Nagelsmann said on Friday that Canadian defender Alphonso Davies will stop participating in the team’s training for the time being due to suffering from a mild infection of the heart.

In statements to reporters, Nagelsmann said: “During the follow-up examinations that we conduct for any player who has contracted Covid-19 infection, we have noticed signs of mild inflammation of the heart muscle.

He added: “He has stopped training for the time being, so he will not be available to participate with us in the coming weeks.”

He continued: This inflammation of the heart muscle is not dangerous, according to what the ultrasound showed, but there are simply indications of inflammation. However, he needs to recover and that will definitely take some time.

Davies is one of several players in Bayern Munich who recently recovered from the new Corona virus infection, and some of these players will return to the team’s squad for the match scheduled against Cologne on Saturday.

Bayern Munich suffered from absences during the last match against Borussia Monchengladbach, which Bayern lost 1 – 2.

And goalkeeper Manuel Neuer can return to participate, as is the possibility of the return of Dayot Upamecano, Omar Richards, Leroy Sane, Tanguy Nyanzo and Corentin Tolisso, but their participation may be limited.

Nagelsmann explained that none of the players had recovered 100% of their fitness. He added: “One or two of them have symptoms as well, except for Manuel, none of them seem ready to start or play for a long time.”