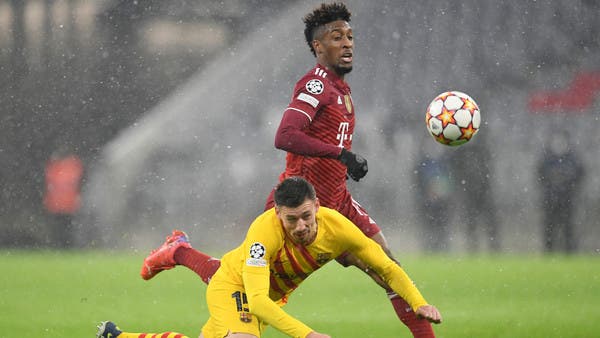 French Kingsley Coman renewed his contract with Bayern Munich until 2027, to continue his career with the team that led him to the Champions League title two years ago.

Bayern revealed the renewal of the French player’s contract for an additional four years, as his previous contract was supposed to expire in 2023.

“Bayern Munich is one of the best clubs in the world and I know that we still have many opportunities and goals here,” said Koeman, who had minor heart surgery earlier this season.

He added: It feels like a big family, everything is great here, I still have the best years as a footballer and I am happy to spend these years at Bayern Munich, my biggest goal is to achieve the Champions League, and this time I hope this happens in the presence of the fans.

Koeman, 25, joined Bayern Munich in 2015 on loan from Juventus, before moving to the Bavarian club permanently in 2017.

Koeman scored the winning goal for Bayern Munich against his former team, Paris Saint-Germain, in the match that ended 1 – zero in the Champions League final in 2020, and he also won the German League title six times, the German Cup three times and the Club World Cup.