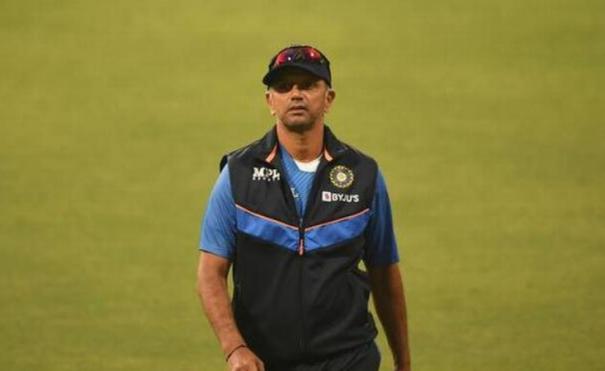 Mumbai: A BJP MLA from Himachal Pradesh has said that Rahul Dravid, the head coach of the Indian team, will attend a Youth Morcha meeting in Himachal Pradesh. The BCCI has denied the allegations.

The Youth Front meeting on behalf of the BJP Youth League is scheduled to be held in Himachal Pradesh for three days from the 12th to the 15th. The meeting is scheduled to take place in Dharamsala. BJP members at the national and state levels are working on this. That state is set to hold legislative elections this year. Now the BJP is ruling there.

What did the BJP MLA say? “The National Executive Committee meeting of the BJP youth wing Yuva Morcha is scheduled to be held in Himachal Pradesh under the supervision of the national and state leadership. BJP leader JP Natta and Union ministers are participating in the meeting.

The meeting is attended by the coach of the Indian cricket team Rahul Dravid. His success story will inspire many young people. His visit will send a message to the youth that if they make an effort, they can achieve not only in politics but in all fields, “said Vishal Naheria, a member of the Dharamsala Legislative Assembly.

BCCI denial: Indian Cricket Board media manager Maulin Barrick has denied this. Dravid called him in connection with the affair. He also said that Dravid had told him that the news was not true.

The state of Himachal Pradesh comprises of 68 Assembly constituencies. The BJP and the Congress are the main parties in the state. This time the Aam Aadmi Party is also expected to stand alone.