Be an example to others: Ashok Khelat comments on punishment for corrupt people 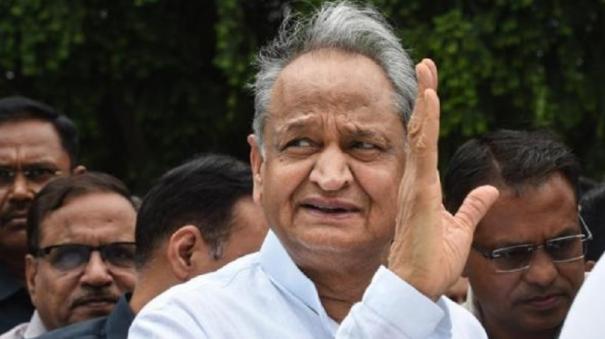 Udaipur: “If the power was in my hands, I would have introduced stricter punishments for rapists and thugs,” said senior Congress leader Ashok Khelat.

Rajasthan Chief Minister and senior Congress leader Ashok Khelat met reporters in Udaipur on Thursday. He was then asked about the new order issued on Wednesday by the head of the state’s Anti-Corruption Unit. In response to that, Ashok Khelat said, “If necessary, the identity of the corrupt people arrested by the anti-corruption department will be published to set an example for others. If it were in my hands, I would make those involved in violence and thugs be paraded in public to identify them to the people. But this cannot be done. It makes them feel guilty when they are caught in the hands.

It is the duty of all of us to respect the judiciary. Judiciary is doing its duty. We do our duty. Respect is our duty. The aim of the government is to eradicate corruption. So media and public should not exaggerate it.

I believe this order has been issued for some practical reasons as per the order of the Supreme Court. It has been reported in the media that the Supreme Court’s decision may be for some other reason. It will be investigated. If necessary the order will be withdrawn. It’s no big deal,” he said.

The state opposition BJP, which has criticized the latest order by the Anti-Corruption Bureau, has questioned its motive. Responding to this, Ashok Khelat said, “Anti-corruption department is working well. BJP leaders never accept good things.”

Hemant Priyadarshi, who has taken charge of the state’s anti-corruption department as additional chief, can only share information about the position, responsibility and departments of the accused in the bribery complaint with the media. It is said that this order is issued in accordance with the direction of the Supreme Court.