IndiaBeat officials who do not listen to people's grievances with bamboo sticks:...
India 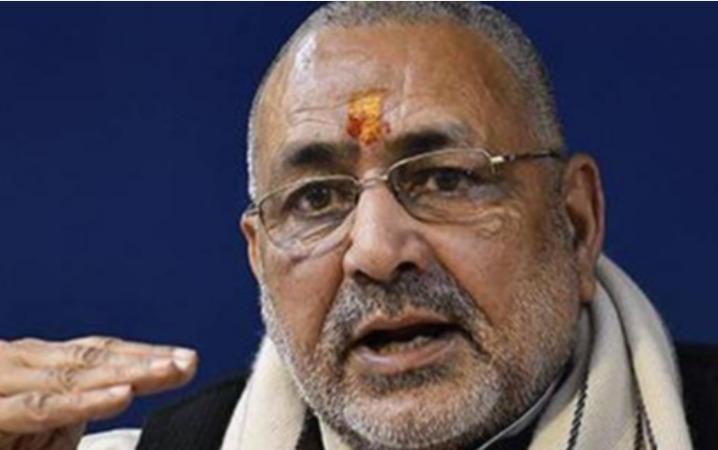 Officials who do not listen to the grievances of the people Beat with a bamboo stick As Union Minister Giriraj Singh Said.

Speaking at an election campaign rally in Begusarai, Bihar, Union Minister Giriraj Singh said, “I have received complaints from time to time that many officials in my department do not listen to the grievances of the public.

Then they have I, PDO, SDM, Collector, Village Representatives, MLAs, MPs for everything like this. They all have a duty to serve the people.

Maybe hit them on the head with a bamboo stick if they don’t listen to your requests.

If they still do not do the job then bring the issue to me. I show my strength. “

His speech has been the subject of controversy.

#WATCH | If someone (any government official) does not listen to your grievances, hit them with a bamboo stick. Neither we ask them to do any illegitimate job, nor will we tolerate illegitimate ‘nanga nritya’ by any official: Union Minister Giriraj Singh in Begusarai, Bihar pic.twitter.com/Wxc6TlHiYC