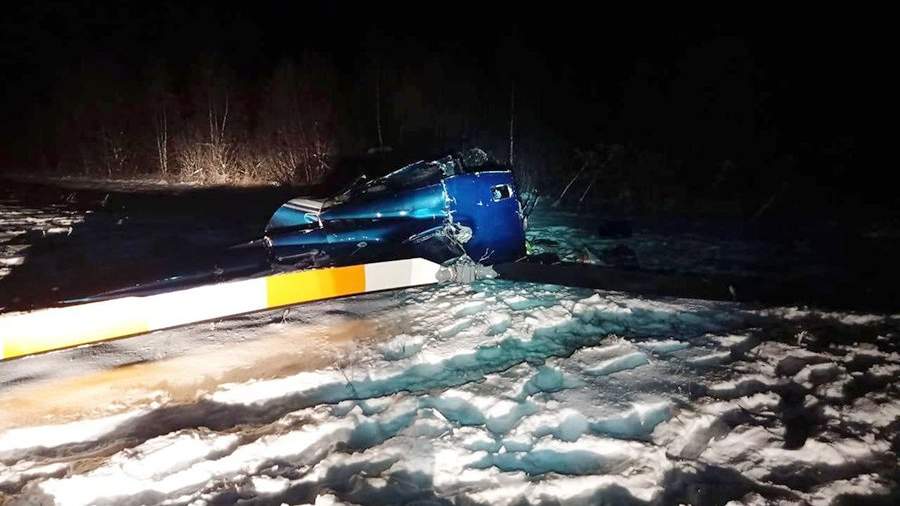 The cause of the helicopter crash near Tver could be that it hit trees during takeoff. This was reported to Izvestia on Monday, November 28, by a law enforcement source.

It is specified that information about the helicopter crash was received on November 27 at 22:25. During takeoff, the aircraft touched trees and then crashed. As a result, the pilot and his passenger were killed.

Earlier that day, it was reported that a criminal case had been opened into the helicopter crash. It remains to be clarified whether there has been a violation of traffic safety rules and the operation of air transport, which negligently resulted in the death of two or more persons (part 3 of article 263 of the Criminal Code of the Russian Federation).

Also on Monday, new footage from the scene of the tragedy appeared at the disposal of Izvestia. The presented images show that the aircraft crashed in a field, a few tens of meters from the forest.

The crash became known the day before, the incident occurred in the village of Vyazovets in the Kesovogorsk region.

As a result of the helicopter crash, the Honored Master of Aircraft Sports of the Russian Federation Alexander Kurylev died. The second victim was the athlete’s brother Dmitry Kurylev.

Alexander Kurylev was awarded the title of Master of Sports in 2007. A year before, he became the absolute world champion in aerobatics in an aircraft in the Advanced class, and in 2005 he became the owner of the European champion title in team competitions. In addition, Kurylev has repeatedly received awards at the competitions of the Federation of Aircraft Sports of Russia.

In 2009, the pilot joined the team that made the first international transatlantic flight. He was awarded the medal “For Contribution to the Development of Helicopter Sports”.

In 2013, Alexander Kurylev took part in the first helicopter round-the-world trip in the history of the USSR and Russia.