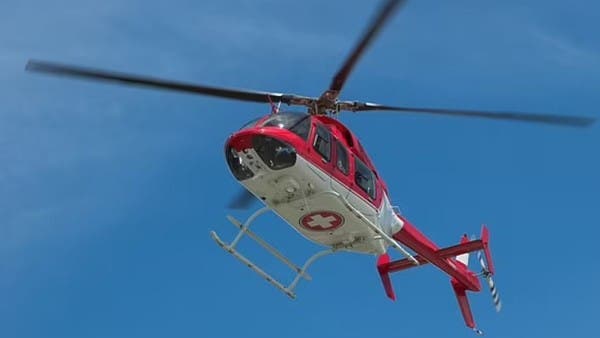 AT&T and Verizon will unleash 5G networks across the United States today, Wednesday, but the launch could ground more than 9,000 helicopters, including life-saving medical services helicopters, according to the British newspaper, “Daily Mail”. .

Experts fear the potential for interference between 5G wireless service and helicopter operating systems, making radar altimeters, which measure a vehicle’s altitude, unreliable, the measure that must be used under US law on all commercial and service helicopters.

Without radar altimeters, landing in remote areas or on hospital landing pads would be nearly impossible, said Ben Clayton, interim CEO of Life Flight Networks, as reported by Bloomberg.

The problem is that medical helicopters need to land and take off in remote areas, making continued ability to measure altitude vital to a successful mission.

Other commercial touring helicopters or the helicopters used by law enforcement that need to move into rugged terrain also rely on the technology.

The International Helicopter Association (HAI) petitioned the FAA in October to demand that air ambulances be exempted from the law when operating 5G networks. HAI received a response five days ago that included only partial approval.

The FAA stated that “Based on the unprecedented nature of the widespread effects on radio altimeters, the FAA will grant relief to 119 certificate holders, who conduct HAA operations. [الإسعاف الجوي بالمروحيات] In areas where the FAA has determined that C-band interference and 5G networks affect or could affect the wireless altimeter.”

But it remains that there are several thousand helicopters providing air ambulance services in the United States and responding to calls for at least 300,000 people a year who need to be transported to a medical facility, which often land and take off at locations outside of airports and traditional helipads, especially when victims are evacuated. For natural disasters or motorway accidents. A reliable radar altimeter is essential to ensure the safety of the helicopter, rescuers and patients.

The FAA has stated that air ambulance services and casualty evacuations are one mode of transportation that cannot be disrupted, even if the radar altimeter is not working properly due to band interference with 5G networks, so the FAA “allowed the use of alternative navigation systems in ambulance operations.” In the public interest, the HAA airspace is located in off-airport locations or unimproved areas when the radio altimeter is subjected to interference.

The 5G network services were initially scheduled to launch on the 4th of this month, but due to concerns about how the service will affect carriers, the carriers agreed to a two-week delay to give the FAA enough time to fix the problems.

The problem is that the frequency from 3.7 to 3.98 gigahertz, known as C-Band, which wireless carriers AT&T and Verizon spent tens of billions of dollars to obtain the license to use it to power ultra-fast 5G networks.

Officials with the FAA and Boeing have also warned of the potential for interference with critical aircraft devices operating in the adjacent 4.2 to 4.4 GHz band, including radio altimeters, which tell pilots their altitude in poor visibility and night time in unfavorable weather conditions.

In short, the concern is that, in rare cases, any wave interference could lead to errors in altitude readings, which could confuse pilots as they approach landing in poor visibility, with potentially disastrous results.

Although the two-week delay gave the FAA sufficient time to ensure there were no disruptions to aircraft movement and air navigation in general, the same cannot be said for helicopter traffic yet.