Because of Finland and Sweden, Putin threatens NATO 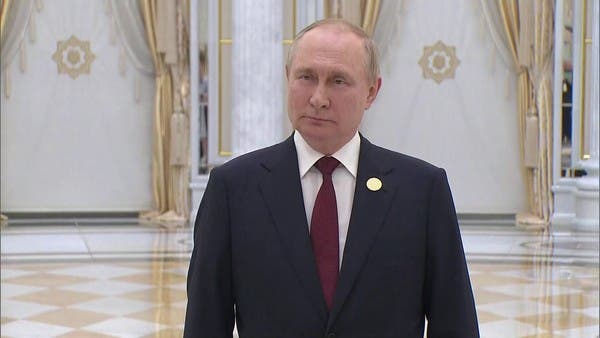 After announcing preparations for their joining the US-led military coalition, Russian President Vladimir Putin threatened that his country would reciprocate if NATO built infrastructure in Finland and Sweden.

The master of the Kremlin stressed that he did not rule out that Moscow’s relations with Helsinki and Stockholm would witness tension due to their accession to the defense alliance.

He added, in an interview carried by the official Russian news agency, on Wednesday, that he has no problem with the two countries joining, explaining that Russia has other plans if it faces any threat.

This came the day after the signing of the memorandum of accession to NATO between Turkey, Finland and Sweden, in preparation for the accession of the two Scandinavian countries to the alliance.

The Scandinavian countries applied last May to join the alliance, abandoning long years of neutrality, after growing concern over the Russian-Ukrainian conflict.

As for the Russian military operation in Ukraine, Putin confirmed that it is progressing and achieving its goals, stressing that the goals have not changed, but that “tactics” are likely to be modified.

He pointed out that there is no specific time, explaining that the main goal is to liberate Donbass and obtain security guarantees.

This came at a time when the recent days witnessed an intensification of Russian air strikes in areas relatively far from eastern Ukraine, after weeks of fierce battles in the Donbass region.

Over the past weeks, Russian forces have focused bombing and fighting in Lugansk and Donetsk in an effort to control the entire Donbass basin and open a land corridor between the east and the Crimea, which it annexed in 2014.

We do not target civilians

Putin also commented on the bombing of a shopping center in Ukraine, that his forces were not targeting civilians.

It is noteworthy that Kyiv had previously announced that a Russian missile strike deliberately targeted a commercial center, on Monday, killing at least 18 people.

While Moscow denied the bombing of the mall, saying that it had bombed a nearby depot for American and European weapons, which led to an explosion that caused a fire in the center.

Since the launch of the Russian military operation on Ukrainian territory, the two sides have exchanged accusations, while incurring great human and material losses, amid expectations that the conflict will prolong and extend months after.