Because of the violence, Germany stops exporting weapons to Kazakhstan 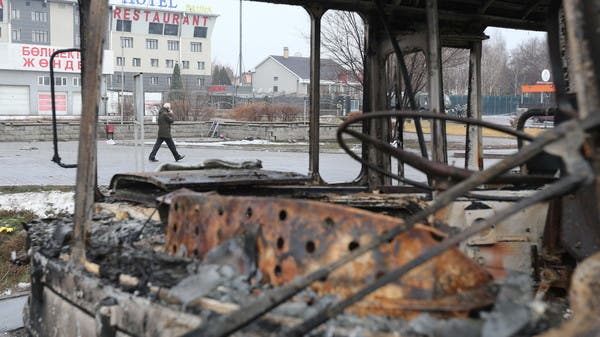 The German authorities announced, on Saturday, the suspension of the supply of defense products to Kazakhstan, due to the violent incidents in the country.

The German Cabinet said that the country’s government had taken steps to stop the supply of this type of product to Kazakhstan, without providing any other details in this regard, according to what was reported by the DPA agency.

In 2021, Berlin ratified 25 contracts for the supply of defense products worth 2.2 million euros to Kazakhstan.

In addition, Germany urged a de-escalation in Kazakhstan on Friday, as the Kazakh president ordered the army to shoot to kill to quell protests.

From the demonstrations in Almaty, the largest city in Kazakhstan – Reuters

“Violence was never the appropriate response,” German government spokeswoman Kristan Hoffmann said, adding that Berlin “calls on all parties to de-escalate and reach a peaceful solution to the situation.”

This came after Kazakh President Kassym-Jomart Tokayev announced that he had ordered the security forces to open fire on “terrorists” without warning. He stressed that those he described as “terrorists” are still causing damage to property and using weapons, stressing the need to eliminate them. “We will crush those who will not surrender,” he said.

Meanwhile, Russian forces continued to flock to the country in order to support the security authorities, who clashed during the past few days with thousands of protesters, which led to dozens of deaths and injuries on both sides.

It is noteworthy that the demonstrations that erupted on the second day of January were initially sparked by anger over the increase in fuel prices, but their scope quickly expanded to include the opposition of former President Nursultan Nazarbayev, who still retains wide powers in the former Soviet republic despite his resignation in 2019 after He ruled the country for nearly three decades, in addition to calling for the overthrow of the regime.