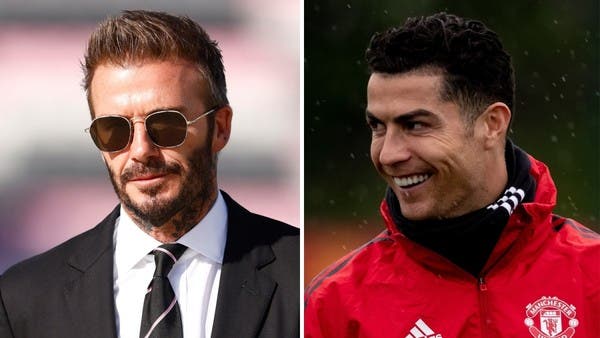 Troubled in the English Premier League, Manchester United are set to make major changes after a frustrating new season, but former player David Beckham hopes Cristiano Ronaldo will continue for at least another year.

United lost 4-0 to Brighton & Hove Albion at the weekend, to make sure that they could not finish the season in a better position than the sixth, which means they will miss the Champions League next season.

United appointed coach Eric Ten Hag to replace interim coach Ralf Rangnick after the end of the current season, and the Dutch coach is expected to make several changes to the squad before the new season.

Ronaldo has scored 24 goals in all competitions this season, and Beckham, who like Cristiano also wore the number 7 shirt at United, is hoping the 37-year-old will continue in the squad.

“It’s important to him,” Beckham told Sky Sports on the sidelines of the Formula One Grand Prix in Miami. “We all know what United means to him.” He’s still doing what he does best. To do what you’re doing at this age is amazing, so I hope it lasts a year or two.

Beckham, who won the league title six times with United, added that the fans supported the team in difficult times, as the club crowned the title for the last time in the 2012-2013 season.

“It’s a tough end to the season, I think a lot of fans deserve thanks because it’s been a tough year full of ups and downs.”

He concluded: The players did their best, as did the coach. I came back to the stadium a few months ago and found all the seats full, so the fans still trust and support and come to support the team.