PoliticsBeijing has never given up on its ambitions for Taiwan: President Tsai...
Politics 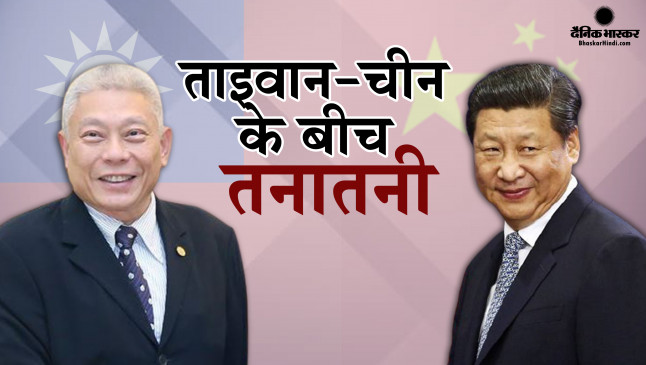 Digital Desk, New Delhi. Tensions between Taiwan and China are increasing. The tension that has arisen since China’s National Day is deepening. During the celebration of its Independence Day, China had passed 38 fighter jets through Taiwan. Recently, on 1 October, China celebrated its Independence Day. On this Friday night, the People’s Liberation Army of China flew several war planes in the defense sector of Taiwan. Regarding which Taiwan’s President Tsai Ing Wen has now issued a statement. President Wen’s article published in Foreign Affairs magazine has clearly warned China that if China encroaches on Taiwan, it will have harmful consequences across Asia. He further wrote that Taiwan never wants a war-like situation, nor a military confrontation. But Taiwan will do whatever is necessary to save itself, it will not miss under any circumstances. This statement of the Taiwan President has come at a time when China is trying to put pressure on Taiwan. China still considers Taiwan as its part. At the same time, Chinese President Xi Jinping has said that Taiwan will be occupied by China. On the other hand, Taiwan considers itself a separate independent democratic country.

China’s statement attacks and pressure on Taiwan
China twice flew fighter jets into Taiwan’s air defenses on the occasion of the National Day, which the PLA described as an exercise. China, showing its power and prosperity, has increased military, diplomatic and economic pressure on Taiwan. In this episode, China is trying to intimidate Taiwan by demonstrating its military capability.

Taiwan’s accusations against China, Beijing never gave up its ambitions for Taiwan

A few days ago, Taiwan’s Foreign Minister Joseph Wu accused China of following in the footsteps of the Taliban. He said that China wants to occupy Taiwan like the Taliban. He further said, Taiwan does not want to be subject to Beijing’s communism or humanitarian crimes. China’s official newspaper Global Times has also written that America which could not stop the Taliban in Afghanistan, what will be able to stop China in Taiwan? The Global Times in its article has advocated the merger of Taiwan with China following the footsteps of the Taliban.

Previous articleVucic commented on the energy crisis in Europe
Next articlePayal Chill with Atagadi on the beach ..! Discussion in half bikini .. Selfie video in romantic mood