“Being a millionaire is not happiness; I am in hiding” – Auto driver who won Rs 25 crore in lottery regrets 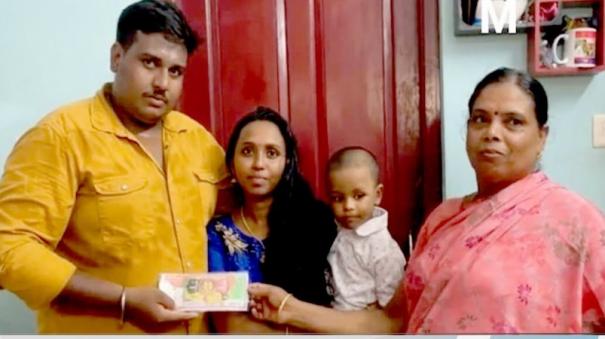 Kerala: Anup, an auto driver from Srivaragam, Thiruvananthapuram, won the first prize of Rs 25 crore in the Onam bumper lottery draw organized by the Kerala government. On the evening of the first day of the draw, Anup had bought the lottery when Athirshadam came looking for him.

Anup, who bought the lottery with the money saved in his son’s bank account, was planning to go abroad for work soon. For this, he had sought a loan of Rs 5 lakh from the Kerala Co-operative Bank. Now, to get the lottery prize, he said no to the loan and abandoned his plan to work abroad.

10 percent agent commission and 30 percent tax on referrals with a prize of 25 crore rupees will get 15.75 crore rupees. Anoop was happy to get so much money till now. However, yesterday he released a video saying that he was not happy.

In it, “I was happy when I got the lottery prize. But now all my happiness is gone. Because I can’t go anywhere outside. Many people come asking for help. I still don’t have money in my hands. When I tell them this, they refuse to understand. They say give me some money. That’s why I’m in my house. I can’t be and I’m hiding.

Wherever I go, they are looking for something. Because of this, I am unable to see the child and I am hiding. I also want to help. But they refuse to understand that the money has not yet arrived. Looking at all this, it seems that such a large prize money may not have been received,” he said.