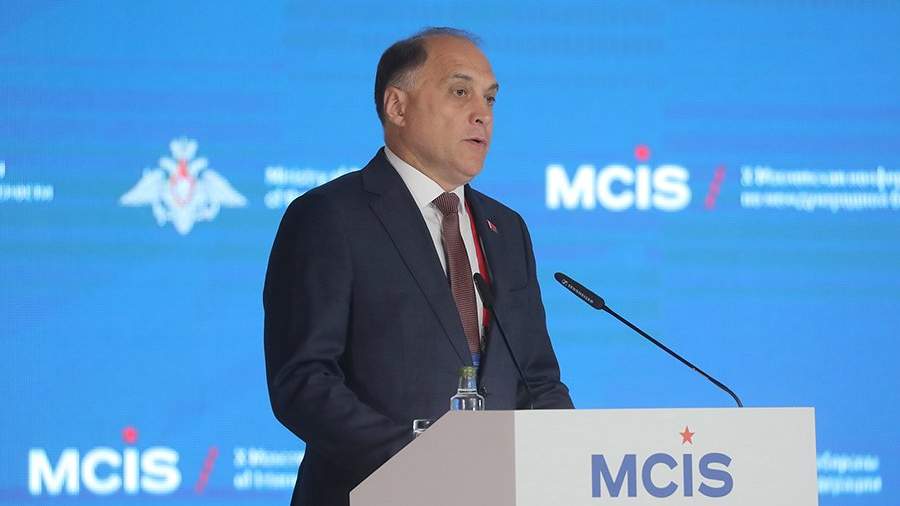 Reconnaissance aviation of NATO forces makes an average of 30-35 flights near the borders of Belarus. In this regard, the time has come to update the Security Concept of the Union State, Alexander Volfovich, State Secretary of the Security Council of Belarus, said on September 25.

He added that Russia and Belarus are jointly “developing mechanisms to counter modern threats to the national security of our countries.” Given the increase in the number of exercises of NATO forces in Europe and the growth of the grouping of both personnel and aircraft, the approach to threats should be reconsidered.

“There are 15 warships in the waters of the Mediterranean and Baltic Seas, including two nuclear submarines, one aircraft carrier, over 300 sea and air-based cruise missiles. In addition, reconnaissance aircraft of NATO forces make an average of 30-35 flights near the borders of Belarus per week,” Volfovich said.

The actions of the West provide a reason to update the fundamental strategic documents on the security of the Union State, the press service of the Security Council of the Russian Federation reported on September 21. Such a statement was made by the parties following the Russian-Belarusian consultations on security held in Moscow.

On the same day, Russian President Vladimir Putin noted that the United States, Great Britain and the European Union are pushing Ukraine to transfer military operations to Russian territory. As the president added, we are talking about the complete subsequent deprivation of Russia’s sovereignty “with the complete plunder of our country.” Nuclear blackmail was also used, he stressed.

On September 17, President of Belarus Alexander Lukashenko announced that the country would defend its primordially national borders. According to him, power units are being formed on the territory of a number of states to overthrow the authorities in Belarus. He added that the United States is pushing Europe into a military confrontation with Russia on the territory of Ukraine, without hiding its plans.