Belmadi angry: Do not accuse Mahrez of “evasion” 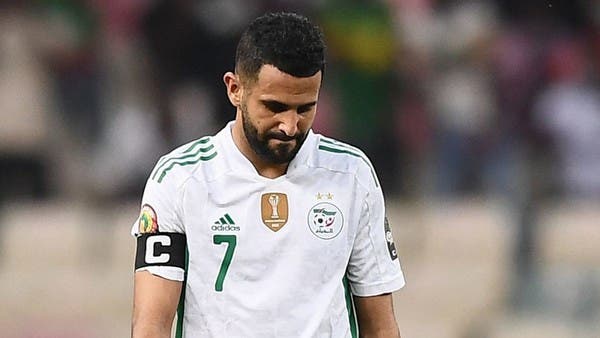 Algeria coach Djamel Belmadi acknowledged the difficulty of the national team’s return to competition after the shocks of exiting the group stage of the African Nations Cup and failing to qualify for this year’s World Cup.

Algeria won 2-0 at home against Uganda at the start of the 2023 Nations Cup qualifiers on Saturday, and Belmadi tried to renew the blood in the squad, with the absence of prominent players led by Manchester City striker Riyad Mahrez, the champion of England.

Belmadi told a press conference after the victory: It was not easy to return to the atmosphere of competition after the Cameroon match (in a World Cup qualifier playoff) and we worked a lot to create the appropriate conditions.

Belmadi, who continued his mission after renewing confidence in him, added: The team was in the top focus, whether from regular participants or recent arrivals, and this victory will help us develop.

The coach, who led Algeria to win the 2019 Nations Cup in Egypt, added: I did not want to put the new players under pressure, this could happen in a later match. Gomorrah and Bilal Brahimi’s level is convincing, but the addition of new players does not mean that they are directly replaced with others.

Goalkeeper Mustafa Zaghba participated at the expense of Rais Mbolhi, who has been essential for many years, and saved a penalty, and about this choice, Belmadi made it clear: It is time for him to play (Zaghba) and I bear the responsibility of not participating in matches in the last period.

He seemed disturbed by a question about Mahrez’s desire to retire from international football.

Veteran striker Islam Slimani, Algeria’s historical scorer, also expressed his support for Mahrez, after he wore the captain’s armband in his absence.

Algeria plays its next match away from home, against Tanzania on Wednesday.