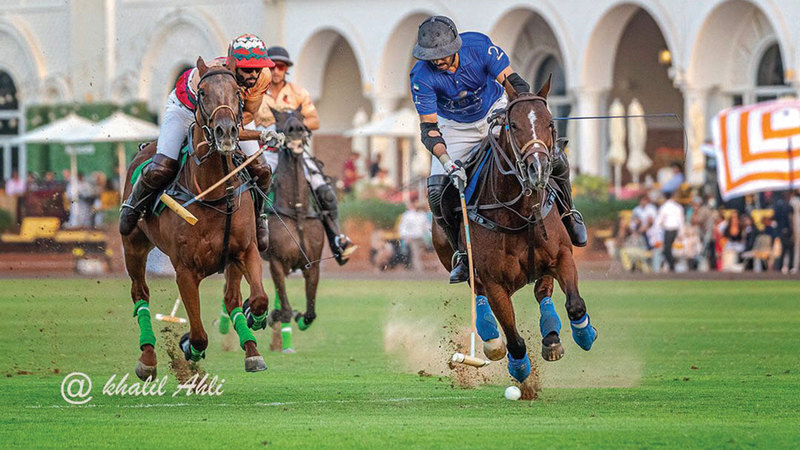 The Bin Dari team was crowned the champion of the Al Habtoor Polo Monthly Championship, which concluded the day before yesterday, at the Al Habtoor Polo and Equestrian Club and Resort, after defeating the Dubai Wolves in the final match by four and a half goals to one. After the final match, the General Manager of the Al Habtoor Club and Resort Hotel in Dubai, Land Philip Damat, crowned the champions, the Bin Dre team, the Dubai Wolves runner-up team, and the third-placed Hesketh team. The best horse.