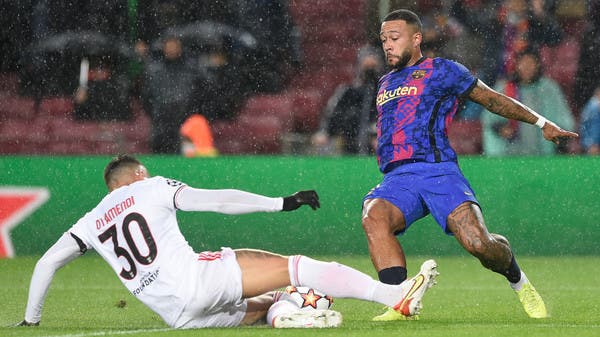 A goalless draw over Barcelona and Benfica of Portugal, on Tuesday, in the fifth round of Group D of the European Champions League.

The two teams’ attempts to shake the other’s net were unsuccessful throughout the 90 minutes of the match, which was held at the Camp Nou stadium in Barcelona, ​​Spain.

Barcelona will have to beat its host Bayern Munich in the sixth and final round, or a draw with the loss of its rival Benfica, or a draw with its Ukrainian guest, Dynamo Kiev, in the next round.

Bayern Munich, the leaders of the standings, confirmed its leadership to the top of the group, by defeating its Ukrainian host, Dynamo Kiev, 2-1, earlier today, Tuesday, in the same round of matches in Group D.

Bayern Munich scored Robert Lewandowski and Kingsley Coman in the 14th and 42nd minutes, while Denis Garmash scored the goal for Dynamo Kiev in the 70th minute.

Bayern Munich raised its score to 15 points at the top of the standings, knowing that it was within its qualification for the round of 16, on the other hand, Dynamo Kiev’s balance stopped at one point in fourth place.