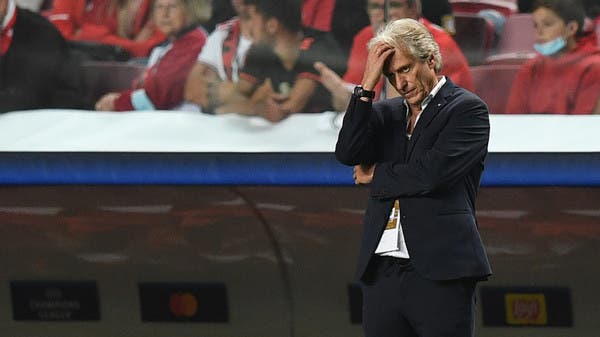 Benfica, the third Portuguese football league, announced on Tuesday that it had separated from coach Jorge Jesus due to poor results and a dispute with the players.

The club said in a statement that Benfica and Jesus had reached an agreement to terminate his sporting contract with immediate effect, explaining that the reserve coach, Nelson Verissimo, would replace him until the end of the season.

The dismissal of Jesus, aged 67, came despite his success in leading Benfica to the Champions League final price behind Bayern Munich and at the expense of Barcelona.

Jesus paid the price for Benfica’s exit from the fourth round of the local cup competition, with a humiliating loss to arch-rivals Porto, 3-0 last Thursday, in addition to losing the Lisbon derby at home to its neighbor Sporting earlier this month in the league.

And local sports media reported that Jesus, who denied Benfica on the eve of his confrontation with Porto in the cup competition, rumors of his agreement with the Brazilian Flamengo to return to his technical management, entered into a dispute with one of the most prominent stars of the international team, Pizzi.

Benfica will visit Porto on Thursday, this time in the sixteenth stage of the league, where it is 4 points behind the hosts and its neighbor Sporting.

After his first spell at Benfica between 2009 and 2015, the coach left the club to move to arch-rivals Sporting.

Jesus achieved many successes with Flamengo, winning five titles with him in one year: the Copa Libertadores, the Brazilian League, the National Super Cup, the South American Super Cup and the Rio de Janeiro State Championship.

He left Flamengo to return to Benfica in July 2020, stating that he wanted to return to Portugal when Brazil was hit hard by the COVID-19 pandemic.