Between Saudi Arabia and Egypt there is a link and cultural interaction.. here are its details 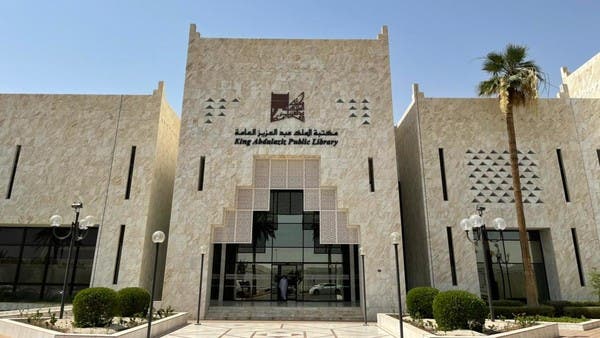 The cultural relations between the King Abdul Aziz Public Library and the libraries of the Arab Republic of Egypt constitute a state of distinguished knowledge monitoring that leads to the formation of interconnectedness and cultural interaction.

The King Abdulaziz Public Library, through its comprehensive cultural objectives, has sought to enhance knowledge relations between it and a number of major cultural institutions in Egypt that are affiliated with the Egyptian Ministry of Culture, such as Dar al-Kutub, the Library of Alexandria, and the libraries of Egyptian universities, in addition to establishing a plurality of cultural activities and events. In Cairo and Alexandria.

It also cooperated with Egyptian libraries, especially through the Unified Arab Catalog Center, one of the King Abdulaziz Public Library’s projects years ago, in which it issued collections of Arab library catalogs.

This was done through holding a number of training courses for Egyptian library workers to qualify workers and library managers to work with high quality on international standards and regulations adopted by the Unified Arab Index, in order to form a comprehensive Arab cultural content that contributes to enlightenment and enriching Arab life with more elements of culture and knowledge. .

On the other hand, the winning of a large number of Egyptian researchers and authors of the King Abdullah bin Abdulaziz International Prize for Translation during its sessions constituted a kind of implicit knowledge exchange between the two countries through the library’s contribution to the definition of the cultural achievements of the winners.

The areas of cultural interaction between the Kingdom of Saudi Arabia and Egypt are expanding, since the beginnings of the Kingdom’s establishment in 1932 until today. This is because the cultural links between the two brotherly countries extend to religious, historical and social ties.

The King Abdulaziz Public Library also maintains in its archives photos of the first Saudi royal trip to Egypt, which took place in January 1946, and was undertaken by King Abdulaziz bin Abdul Rahman Al Saud, and that historic visit cemented the relationship between the two countries.

The library also acquires a number of the most prominent Egyptian magazines that were issued in the late nineteenth and early twentieth centuries, including Al-Moshir (1894), Al-Musawwar (1924), Al-Risala by the great writer Ahmed Hassan Al-Zayat (1933), Apollo (1934), Hippocrates Al-Tibya (1904) and Al-Monday and Al-Dunya (1947). The Brotherhood (1934). As well as the issues of Al-Hilal, Ibdaa, Cairo, Fosoul and Poetry magazines.

The King Abdulaziz Library was also interested in revealing some of the cultural elements and historical facts that occurred in Egypt through the issuance of books, the realization of manuscripts, translation, or the acquisition of rare books.

The library acquired the first book on natural science that was translated in Egypt, which is “The Beautiful Flowers in the Science of Nature,” issued by the Egyptian Printing House in 1291 AH (1871 AD), and it was written by Justiniel Bey, a chemistry teacher at the Medical School in Al-Qasr Al-Ainy, and its translation was supported by Ahmed Effendi Nada. In addition to a number of rare and unique books dating back to long periods in a number of sciences and knowledge.

The cooperation between the King Abdulaziz Public Library and Egyptian libraries in general constitutes a model for cooperation and cultural and knowledge exchange that contributes to achieving cultural richness in its various dimensions, while contributing to revealing some unusual cultural contents that benefit those interested and researchers in the field of Arab cultural transformations.